Rose Bianco has many film and television credits, and is probably best known for her recurring guest star role as Miguel’s grandmother Rosa in the highly successful Netflix series Cobra Kai. She is currently filming Nochebuena, directed by Adam Lopez, in Orlando. Her previous work include the role of drug cartel Matriarch in the Netflix movie Project Power, a guest-starring role as Jane’s grandmother in Doom Patrol, and a role in the Gerard Butler movie Greenland. She was most recently seen in McNamara-Brookwell’s original story, Moonrise, starring country-western singing star Granger Smith, on Pureflix.

There is a specific memory I have of my childhood. I was in the school playground, at recess. I was alone, and I was in my own little world. My imagination world. I was enveloped in it and the outside world meant nothing. That is the extent of that recollection. But it comes back to me whenever I am in the imagination zone, whether it be in a scene in a movie or having a particularly on-point moment on the stage. Reading books would put me in another world. I love removing myself from the drudgery of the day-to-day and getting lost in fanciful worlds. Immersing oneself in the craft of acting makes one realize how freeing it is; the soul becomes unleashed and ecstatic joy or cathartic sorrow are within our grasp.

As you can probably tell, I am an actor. But there is more – I am a working actor of Latin descent. (The controversy in nomenclature is confusing to me, since I am kind of old. I like “Latina”, though I will say “Latinx” or even “Latine” from time to time.) Specifically, I am of Puerto Rican descent. I book reasonably steadily. I count myself as lucky. But I see the disparity of representation in movies and television. It bothers me.

But I feel hope. I recently had the opportunity to work on a new project, a low-budget rom-com featuring Latinos in front of as well as behind the camera. It is called Nochebuena, which is the Spanish word for Christmas Eve. The concept – a romcom holiday movie involving a Latinx family – was interesting to me. On reading the script, I felt like it was a snapshot of my own family’s dynamic. I grew up in Chicago, with my Puerto Rican mom and three siblings, and at Christmas we ate pasteles, arroz con gandules and arroz con dulce. Later, as adults, we imbibed the drink of choice, coquito, a coconut milk and rum concoction that is more delicious than it ought to be. Trio Los Panchos would be on the record player. Spanglish was spoken left and right. A Trulla Navidena (a Christmas parade of sorts) made a pitstop at the house.

When I read the script for Nochebuena, I felt thrown back into my own history, and it fit like a glove. The Latinx experience reflected in the movie was fresh and very specific, while also being completely universal in its overall themes; love and loss are things anyone on earth can relate to. When I met the cast and participated in a virtual table read with them and the director and writer, I realized what a truly fantastic project this would be. Not only was the writing tight and entertaining, but the cast (Rene Rosado, Tanairi Sade Vasquez, Carmen Morales and Christian Escobar) was excellent. I left that table-read pinching myself because it was so dreamy.

I live in Atlanta. Most of my auditions for Latino characters have been for other types of Latinos (Mexican, Ecuadorean, Colombian, etc.) and I often must learn new dialects (both in Spanish and English-with-an-accent) for these opportunities. Occasionally, I have read for a Cuban character. But this movie, Nochebuena, was specifically about Puerto Rican Americans and I was definitely, as they say, feeling “seen.” Showing up at the set on day one, my impressions formed at the virtual table read were solidified. The cast and above-the-line crew were almost entirely Puerto Rican, Cuban, Colombian or Mexican, and they were all talented team players who immediately felt like family. It was refreshing.

I am not highly visible on the Latinx Inclusion bandwagon on Instagram and Twitter. I do, however, support it, of course. I follow John Leguizamo! I adore my Latino and Hispanic compatriots, and rejoice in their successes. Not all of us are loud or insistent enough to rock the boat, though. I, and probably some other “OG” Latinas (and Latino newbies, too), continue to wear a cloak of invisibility, because of a habit of staying under the radar and being thankful for what we get. And yet, like with my thoughts about the #MeToo movement, I am becoming a little more vocal, speaking from experience and illustrating with specific examples from my own life how the status quo must continue to evolve.

I love that there are more opportunities for Latinx actors to be in the spotlight. Anything that increases the Latinx representation in TV and film (about five percent of speaking roles versus 18 percent Latinos in the actual U.S. population) would give Latino-American kids a positive image of themselves on the screen and help them feel more on an even footing with other Americans. When I was younger, my role model was Rita Moreno – for decades, she was the who all of us starry-eyed Latin kids looked up to. I stopped acting for a while to raise my kids, and during that time I saw younger Latinas stepping in and stepping up, and my heart was full. Jennifer Lopez, Zoe Saldana, Rosario Dawson, Salma Hayek, Eva Mendes, Lisa Vidal, Selena Gomez – I love these ladies and thank them from the bottom of my heart for leveling up the Latin image on film and TV. Latino inclusion seems to be happening and evolving more quickly now, before my eyes, and it makes me excited. But when so many Latinx-led shows and movies in the third quarter of this year were shelved or canceled, it was devastating and felt to me like two steps back.

I just keep moving along in my own lane, though, doing what I can for my career and to help the next generation. It may sound grandiose, but small changes must ultimately move the needle. At least, I hope so.

Rose Bianco has many film and television credits, and is probably best known for her recurring guest star role as Miguel’s grandmother Rosa in the highly successful Netflix series Cobra Kai. She is currently filming Nochebuena, directed by Adam Lopez, in Orlando. Her previous work include the role of drug cartel Matriarch in the Netflix movie Project Power, a guest-starring role as Jane’s grandmother in Doom Patrol, and a role in the Gerard Butler movie Greenland. She was most recently seen in McNamara-Brookwell’s original story, Moonrise, starring country-western singing star Granger Smith, on Pureflix. 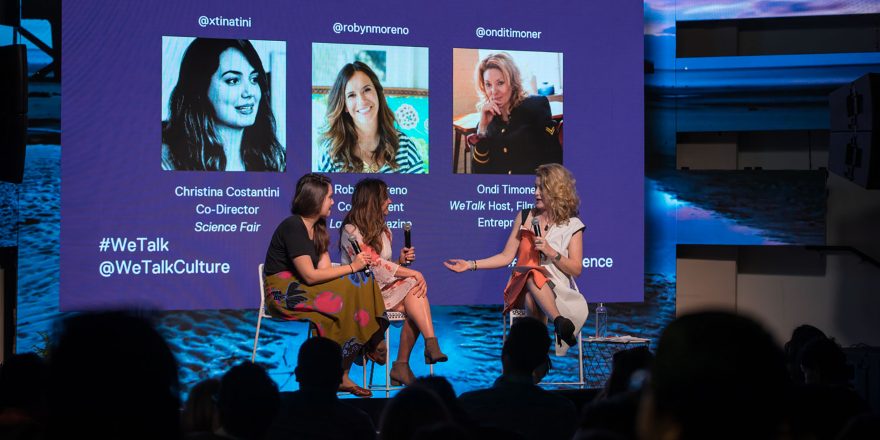 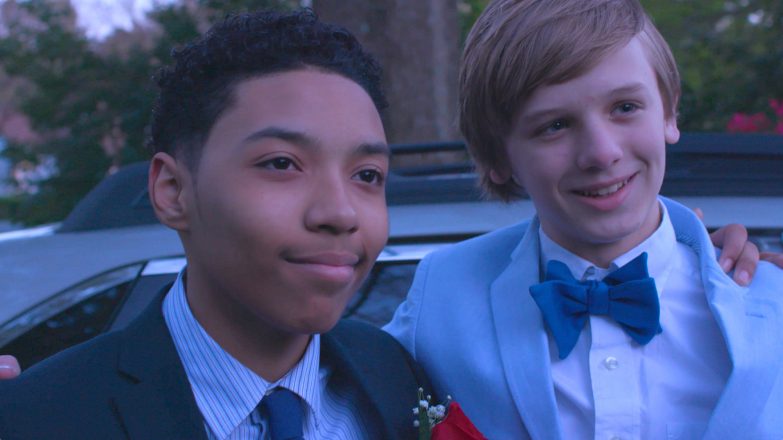 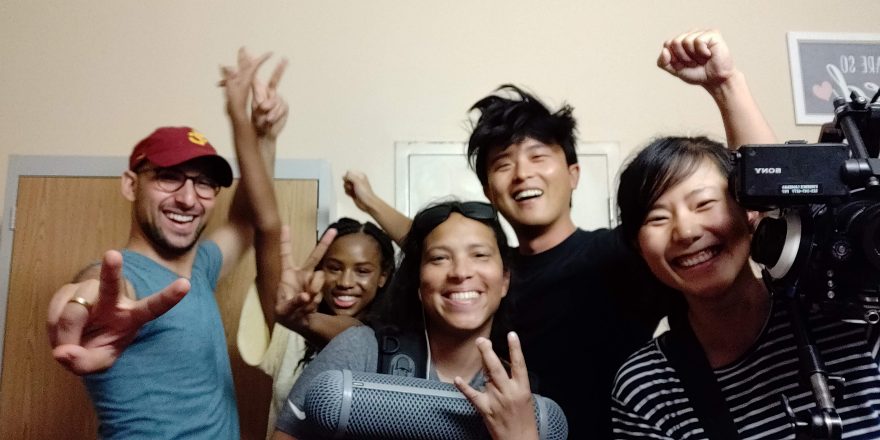 Why Media Representation Alone Will Never Make You Feel Accepted 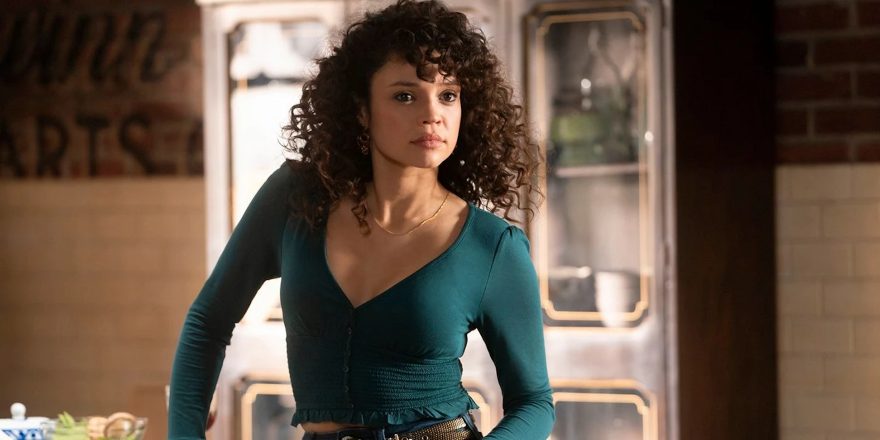 Pelo Malo, or How Wearing My Natural Hair on TV Helped Heal My Self-Image