Exene Cervenka is best known as the co-lead singer in the legendary L.A. band X. Her other musical endeavors include alt-country pioneers, The Knitters, and many solo projects. She has written books, exhibited her collages, and done numerous spoken word shows and speaking engagements. X will be on the road most of 2017 in celebration of their forty-year anniversary. Apparently, punk’s not dead.

Big Wreck’s new album, Grace Street, begins with “It Comes as No Surprise,” a song that opens the record like a flower.

It’s the sound of metal petals — an old music box on the dresser — fluttering underneath breathy vocals, floating down the hallway. Then there does come a surprise: startling drums, bass and more knocking on the front door. A chorus of hard-rock ghosties march in. Ian Thornley picks up a guitar, starts another serenade, welcomes them again.

Mr. Thornley lives in that kind of house, and Big Wreck lives in Canada. The band has had a decades-long successful and respected run. They did take about a ten-year break in the middle of that run, and re-united about four years ago. The band’s core is Ian Thornley (guitar, vocals and keyboards), Chuck Keeping (drums) and Dave McMillan (bass), but the Big Wreck touring lineup does include founding member Brian Doherty. Guitarist Paulo Neta announced his departure in January of 2017.

Is it influence or coincidence?

This is a rock band, with a rock band history. Ups and downs, breakthroughs, breakups, makeups, tours, probably some tears and a serious devotion to music. But a really good band has to be all those things — and so much more. Big Wreck delivers the “so much more” on this, their fifth LP. The band co-produced Grace Street with Garth Richardson (Rage Against the Machine, Red Hot Chili Peppers), but the record neither borrows nor steals from those bands. Big Wreck does invite comparisons, to be sure. Jagged fragments of familiar guitar notes, melodies, prog-rock progressions, they all fly by. Is it influence or coincidence?

Wanting to become more familiar with the band’s history, I did a lot of listening and a bit of research. Although Canadian, Big Wreck formed in Boston in the early 1990s, where they were all attending Berklee College of Music. Mike Martin, interviewing Mr. Thornley for Rock Revolt Digital Magazine, asked about Big Wreck’s In Loving Memory Of…. Mr. Thornley recalled, “That first album was essentially demos.” Big Wreck’s two releases prior to Grace Street were nominated for JUNO Awards for “Rock Album of the Year”: Albatross in 2013, and Ghosts in 2015.

I also discovered one writer referring to them as “a cross between Trainwreck and Big Bud.” Hmm, I wonder what those bands sound like? As I read on I soon realized that those bands are not bands at all. The review was from an online site — Grow Marijuana — and the article was talking about a kind of weed. Ah, silly me…

That is a coincidence, though. One strain is more cerebral, the other more physical.

There is a lot of sadness, and defiance and confusion.

In a hybrid, you get it all — just as it is within this thirteen-song sonic landscape. There is a lulling, sinking-down warmth that gives way suddenly to the upright bolt of dark reality, of lost time. The music is so pretty, you know it won’t last. And sure enough, something comes along and suddenly unsettles the score. As the lyrics go in the song “A Speedy Recovery,” “What you’re leaving behind/always gets in the way.” These are the stories that sit at the foot of the bed in the dark and write themselves.

But it’s Mr. Thornley who sings them in the morning. Which is brave, as the lyrics confess so much. There is a lot of sadness, and defiance and confusion. “Motionless,” sitting halfway through the record, is a song that doesn’t want the train to leave the station: “As a flower to the wall/well I’d rather not be noticed at all/it’s natural for me to be/kind of motionless.”

“Useless” is a beautiful, soft lament that takes his voice, and us, to a much farther away place than the other compositions. It’s so sweet and modest that it may be the song that shouts the loudest.

In place of a rock ballad, there is the sad, misty, longing loneliness of “The Receiving End.” The virtuoso musicianship (has to be said) and polished, soaring vocals of “The Arborist” don’t stay that way long; it all tarnishes into unpredictable melodies.

The lyrics in “Skybunk Marche’” are written in guitar, a language in which I am not really fluent. There are engaging rhythms on bass and drums, really focused and tight. It feels like the narrative is: the band is sitting in a bar, day drinking. We’re all just hanging out, laughing it up, it’s a tipsy engaging lovely afternoon…until it blurs into a crazy night of everybody railing against love or the loss thereof. The song ends after a fit of electric exhaustion. That’s what I think it’s about…

The last song, “All My Fears on You,” perfectly expresses the musical/lyrical spell Big Wreck casts so well: guitar solo rising out of the lush orchestration, and what reads like a letter that will never be sent: “I’m only trying/to keep you safe/from all the things/I thought I’d never do.”

I focus a lot on vocals, lyrics, melodies, but, yes, this record rocks.

I focus a lot on vocals, lyrics, melodies, but, yes, this record rocks. In an FM way, going back a ways. It rocks like their past releases. Have you heard that song, “That Song”? It’s like that song. It’s a little and a lot like Albatross.

The sparseness of three instruments or four — or several more — the sneaking in of harmonies, the depth of shadow sounds hinting around, vocals, strings, heavy things, vocals washing through. Sometimes you wish the words could be just a bit louder, but this invites another listen and maybe you want to hear the words even more.

Big Wreck’s many passionate fans will lean in closer to the speakers with this record. Those who already love the band will feel like these songs are being played on their very own heartstrings. Well, maybe that’s a slight exaggeration of poetic imagination… People who don’t know this band may be looking for them. Maybe they will accidentally meet on Grace Street. Perhaps. That would be a coincidence.

Exene Cervenka is best known as the co-lead singer in the legendary L.A. band X. Her other musical endeavors include alt-country pioneers, The Knitters, and many solo projects. She has written books, exhibited her collages, and done numerous spoken word shows and speaking engagements. X will be on the road most of 2017 in celebration of their forty-year anniversary. Apparently, punk’s not dead. 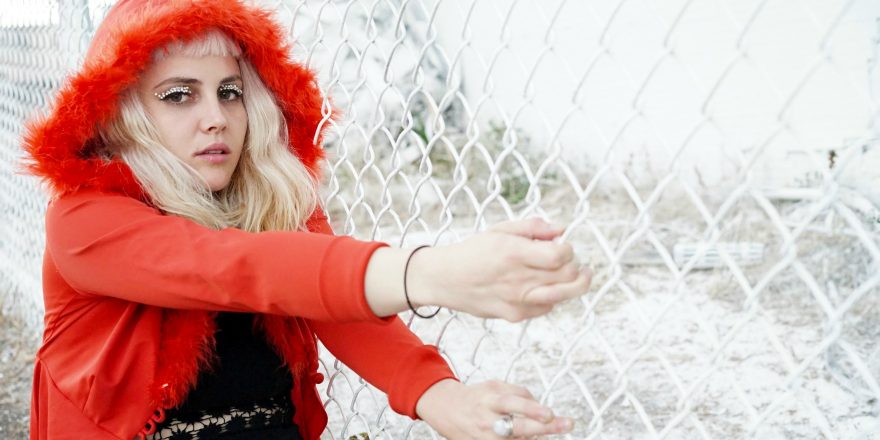 How Francesca Lia Block Made Me the Musician I Am