According to Letterboxd, the social media site for cinephiles that I use to keep track of my viewing habits, I’ve seen 3,377 films in the past six years. Not as many as I would like – not even close – but clearly I spend a decent amount of time doing the thing I love most, watching movies. The only real downside to spending this much time consuming cinema is that it gets harder and harder for movies to surprise me, even the movies I love. Plenty still manage to do it – just last year Once Upon a Time…in Hollywood, Knives Out, The Nightingale and Us all managed to keep me guessing about where they were going (and left me immensely satisfied when they got there), but it’s a rarer and rarer experience the more movies I see.

This is one of the reasons I treasure the work of screenwriters Michael Brandt and Derek Haas, who have written numerous moments in movies and television shows that have tricked or surprised me in delightful and unique ways. Their 2011 Richard Gere espionage flick The Double, which Brandt directed, is particularly impressive in this regard; it’s a riveting, twisty thriller where the twists are completely earned yet so shocking that the viewer actually needs some time afterward to recover from them – the writers were so good at forcing me to share the lead character’s perspective that when the movie was over, I felt as stunned by what went down as he did.

The Double is emblematic of Haas and Brandt’s dual strengths: their gift for elaborate plot construction and their rich sense of characterization. The two qualities are tied together – the reason the writers can fool us in The Double is because they’re so good at drawing the audience into the characters’ emotional experience, and the characters are given added dimension by existing in vividly imagined worlds and stories. This is true even of Brandt and Haas’ work that isn’t designed to pull the rug out from under the viewer, like their ever expanding and deepening Chicago TV franchise, which they launched in 2012 with Chicago Fire and which has grown to include Chicago P.D. and Chicago Med. Over the course of eight years, these series have grown into a remarkable character-driven epic: a portrait of a city worthy of Lumet, and a sophisticated interweaving of ensemble narratives worthy of Altman.

Brandt and Haas are at their cleverest and most entertaining in Overdrive, an underrated and overlooked heist movie starring Scott Eastwood and Ana de Armas that is now streaming on Hulu and other platforms. The film seems to have had only a token theatrical release and I hadn’t heard anything about it when Hulu recommended it to me, but having enjoyed Eastwood in the grim and beautiful Western Diablo (another overlooked streaming title I would highly recommend), I decided to give it a shot – and immediately realized I had stumbled onto something special. Overdrive opens with a pre-credit set piece in which half brothers Andrew (Eastwood) and Gareth (Freddie Thorp) steal a rare car worth millions out of the back of a semi, while it’s being transported to a new owner. The sequence, which involves multiple characters getting on and off high-speed vehicles in inventive ways, is an astonishing synthesis of conceptual originality, adroit stunt work, razor-sharp editing, and an unerring sense on the part of the director of how to showcase it all with the right lenses, camera moves, and compositions.

When I finished watching that set piece and saw in the opening credits that Brandt and Haas were the writers, I settled back in my chair knowing I was in good hands, and the movie that follows that killer opening was indeed a witty and stylish ride, with brains, heart and kinetic thrills. Andrew and Gareth quickly discover that the car they stole belongs to a very dangerous crime boss, and their efforts to dig themselves out of the hole they’ve dug themselves leads to another planned robbery, one which becomes increasingly complicated and unpredictable. The siblings join forces with two other thieves, Andrew’s girlfriend Stephanie (de Armas) and sleight-of-hand master Devin (Gaia Weiss), and the four leads embark on a combination heist and con game that Brandt and Haas delineate with clarity and precision. The plot is convoluted but never confusing, and the fun of the movie comes from our always feeling completely acclimated to what is happening while nevertheless not knowing where the story is going or whose alliances are the real deal and who’s conning who.

This approach extends to the direction by Antonio Negret, a filmmaker whose work in episodic television has always impressed me but who really gets to show what he can do here on a bigger canvas. The scale of Overdrive steadily grows throughout the film, ultimately encompassing action sequences involving bulldozers, planes, dozens of cars at once, and more, and Negret keeps it all in perfect balance – he choreographs vehicles crashing and flying through the air like Fred Astaire and Gene Kelly choreograph dance numbers, with grace, elegance, and energy, and his instincts are unerring when it comes to reminding the viewer what’s at stake and who’s behind the wheel of any given car at any given moment. This isn’t one of those action movies with carnage for carnage’s sake where you can’t tell what the hell is going on; the chases are invigorating, not exhausting, because Negret and the screenwriters never lose sight of the human element.

They’re helped in this regard by an attractive, lively cast. Eastwood, de Armas, Thorp and Weiss convey both a genuine sense of camaraderie and the possibility that loyalties could shift at any moment, pulling off the neat trick of being true to their characters without giving the game away to the audience. There’s a nice screwball comedy pace to their badinage, and cinematographer Laurent Barès showcases the actors, as well as the lush Marseilles locations, to great effect – the sharp intelligence of the writing, sexy charm of the actors, and warm glow of the lighting combine to give the movie a fizzy rush reminiscent of Out of Sight and Ocean’s Eleven-era Steven Soderbergh. Like those films, Overdrive generously rewards repeat viewings; a second time around reveals just how carefully Brandt and Haas plant every clue and diversion, making the multitude of reversals that dazzle the viewer in the final act as inevitable as they are unexpected.

What makes Haas and Brandt’s ability to pull off these twists and turns all the more impressive is that they do it within tried and true genre traditions and recognizable frameworks; one reason Once Upon a Time … in Hollywood and Us are able to surprise us is that Tarantino and Peele aren’t following any recognizable models – whatever they’re building upon from other movies is absorbed into a structure all their own. Brandt and Haas, on the other hand, are writing action movies (or, in the case of the Chicago franchise, procedurals) that honor the rules of the form and provide all of the requisite satisfactions. Yet within that form, the writers are like the con men and women of their stories, masters of misdirection who manage to pull the rug out from under us in plain sight – and do it so skillfully that we can’t help but be happy about being tricked. 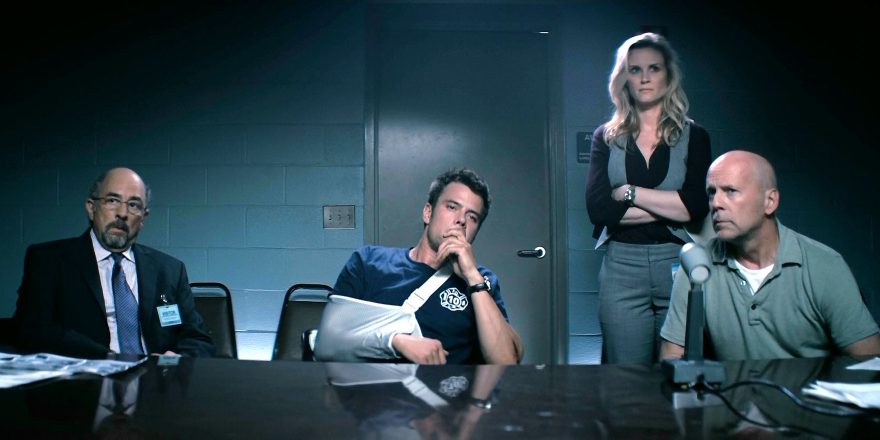 Enter the VOD: Fire With Fire