I found Rose Mercie online, looking through random lists on RateYourMusic.com, which is the best resource for finding cool stuff. I’ve been using it for a decade at this point, and I love it. People just make lists—you can look through lists about whatever, and eventually you’ll find somebody whose list is just insanely good, where every record on there is amazing. I stay away from people with Cloud Nothings on their lists. [Laughs.] I also talk to people about music all the time in real life; that’s another good way to find out about stuff.

I really liked that Rose Mercie feels almost like a secret record, like a document that you don’t really know much about. The more I listen to it, the more it feels like a special, one-time thing. It’s right up my alley—strange, minimal almost-pop songs. It’s a lot like the second Raincoats record, which is one of my favorites. It’s very mysterious sounding, minimal and kind of distant in a way. It’s almost like it doesn’t care that it exists, yet it’s this kind of genius record. There are amazing, amazing songs: “In The Valley” in particular is incredible to me, the way it ebbs and flows. It’s essentially just a bass line, very minimal guitar, like a Young Marble Giants kind of thing, but it hits really hard. There isn’t another one like it, especially not this year. So that’s kind of influential in some ways, in that it’s a thing that nobody else is doing. That’s what I like about music—a new sound. Usually I try to retain the mystery around a band, but we’re trying to play with Rose Mercie in France, so the mystery will be revealed if they decide to play with us. 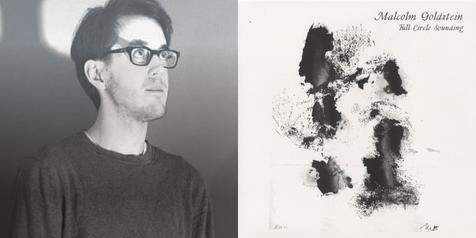