Mei Makino is a screenwriter and director. She grew up at the intersection of several identities, but never felt like any of them fully fit. This feeling was the seed for her coming-of-age debut feature, Inbetween Girl (2021 SXSW Visions’ Audience Award and New York Times Critics’ Pick). The Cut praised the film for its “nuance and curiosity” and RogerEbert.com remarked on the film having a “stand out directorial approach.” Outside of developing films and screenplays rooted in empathy, diversity, and humor, you can find her social media managing.

Editing was my first true love when I started filmmaking. It was fascinating and exhilarating to see how much you could mold and manipulate footage to feel like something new and unexpected. It felt like writing with images, and there was no better feeling than discovering something that hadn’t been planned, but served the story in a beautiful and novel way. I was lucky to have a lot of these discovery moments in the editing room for my debut feature, the coming-of-age dramedy Inbetween Girl.

Inbetween Girl centers around the adolescent struggles of artsy biracial teen Angie Chen (Emma Galbraith) who, after her parents’ divorce, turns to casual sex with popular soccer teammate Liam (William Magnuson) – a setup that’s complicated because Liam has a social media-famous girlfriend, Sheryl (Emily Garrett). The film’s editor, Connor Pickens, and I had been creative supporters of each other since freshman year of college, but it would be our first time working together as editor and director, and it pushed us to become better storytellers.

The editing process started in September 2019, right after we finished principal photography. We both had day jobs, so Connor edited on weeknights, and I would go over to his house every Sunday (and sometimes also Saturdays). This went on for about a year. For the first couple of weeks, I still had my on-set director’s glasses on. I would freak out over small things (like the color of a car or a shirt) and would cringe at the thought of having to use footage I thought I could have done better on. It was good that Connor was seeing all the footage with fresh, unbiased eyes, so he could look at it objectively and analytically and laugh when I would yell at my past self for certain directing decisions.

Eight months later, we had the first rough cut which, as the film’s producer Matt Stryker likes to remind me, is always the worst version of the film. And that was true. I sat on my bed with my dog Kiko for emotional support and repeated the phrase “It’s a process” in my head as I watched the rough cut through for the first time. It was an emotional experience. Now, the rough cut wasn’t necessarily bad. The performances were great. D.P. Ivy Chiu’s cinematography was beautiful. Our parents were complimentary after watching: “Wow, it’s a movie!” But it was still missing the punch we wanted, the pacing lagged in certain moments, and there were moments of tonal confusion and redundancy.

So we went back to the drawing board and began to strategize the second cut. We discovered three editing devices that ended up being very important tools in our rethinking: we could add voiceovers and drawings, and we embraced a lot of intercutting. Since this was an independent project, there was no one telling us what we could or couldn’t do in the edit, and we decided to treat this next cut as our creative sandbox. I remember Connor saying, “You know, we have a lot of freedom here. We can really change a lot.” And that we did.

The first thing we rethought was who we were focusing on in the edit. We decided to approach every scene prioritizing Angie and what she was feeling, which meant sometimes we’d just linger on lead actress Emma Galbraith’s reaction for a moment longer or even for the whole scene. Emma’s ability to emote without saying anything is incredible and was a huge help in the editing room.

In the first act, the pace was slow and there were issues with redundancy, but we found a lot of success cutting into scenes in media res to more immediately engage the viewer. We also decided to intercut scenes to alleviate redundancy issues and hit on themes more naturally. One sequence that stands out is Angie talking to each of her parents separately about the divorce. These were two scenes in the script, but Connor ingeniously weaved them together, creating a sequence that was meaningful and evocative, turning what was once a pain point in the narrative into one of my favorite parts of the film.

Due to budgetary constraints, we had to rethink a montage of Angie having fun and embracing her sexuality. Originally in the script there was a surreal dance number, but being a microbudget, we had to cut it. To make up for this, I suggested Connor use as inspiration the romantic sequence in Out of Sight where Steven Soderbergh and editor Anne V. Coates use freeze frames for moments of romantic anticipation. A week later, his faster-paced take on this idea worked perfectly, the kineticism capturing the youthful and spontaneous nature of Angie exploring and figuring things out.

Rethinking the music played a huge role in fixing tonal inconsistencies. Composer Andrew Zhang created four musical themes with the characters at heart: “The Angie Theme,” “The Liam Theme,” “The Sheryl Theme” and “The Parent Theme.” These ended up being the creative inspiration for many of the tracks in the film, and they worked well together. Andrew’s music played a critical role in creating a more cohesive tone and expressing without words the feelings of the characters.

After a few months, we had a much improved cut and began submitting to festivals as a work-in-progress. It was also when people were feeling it was time to wrap up … only there were still a lot of things I wanted to change, and I had a bad habit of overthinking small things – those nitpicky director goggles were still alive and strong. I ended up making a chart to help streamline my process in giving notes:

This chart helped me focus on what I could actually control, and it made me feel better because it was a reminder that we were doing the best with what we had. In a perfect world, we would have had unlimited resources to change and tweak everything we wanted, but the reality was we were a microbudget, we had been editing for over a year, and people were getting antsy.

In December 2020 something happened that forced us to really hit the gas: we got into SXSW with our work-in-progress cut. I remember being on the phone with Connor and our producer Matt. The initial tone of our conversation was a positive, “Oh my God! We got into SXSW!” but then the tone changed to something more serious: “Oh God. We got into SXSW.” There was so much work to be done and in such little time. The following week, Matt and I had conversations with key collaborators DP Ivy Chiu, illustrator Larissa Akhmetova, composer Andrew Zhang and sound editor Marcelo Teson to explain the additional elements we wanted in order to bring this thing home. We were asking a lot in a short amount of time, but everyone agreed and wanted to make it happen, which I am eternally grateful for.

During the last two weeks in the editing room, Connor and I pulled a lot of late nights. We’d edit on separate computers to save time. Andrew sent us the phenomenal final tracks. Matt showed up for the last few days to give his thoughts. It was go, go, go, but at the end of it, I knew we had something special, and I’ll forever be proud of the editing discoveries and the hard work we all put in along the way to make the film what it is. When filmmakers come together – as our team did – something truly beautiful happens.

Mei Makino is a screenwriter and director. She grew up at the intersection of several identities, but never felt like any of them fully fit. This feeling was the seed for her coming-of-age debut feature, Inbetween Girl (2021 SXSW Visions’ Audience Award and New York Times Critics’ Pick). The Cut praised the film for its “nuance and curiosity” and RogerEbert.com remarked on the film having a “stand out directorial approach.” Outside of developing films and screenplays rooted in empathy, diversity, and humor, you can find her social media managing. 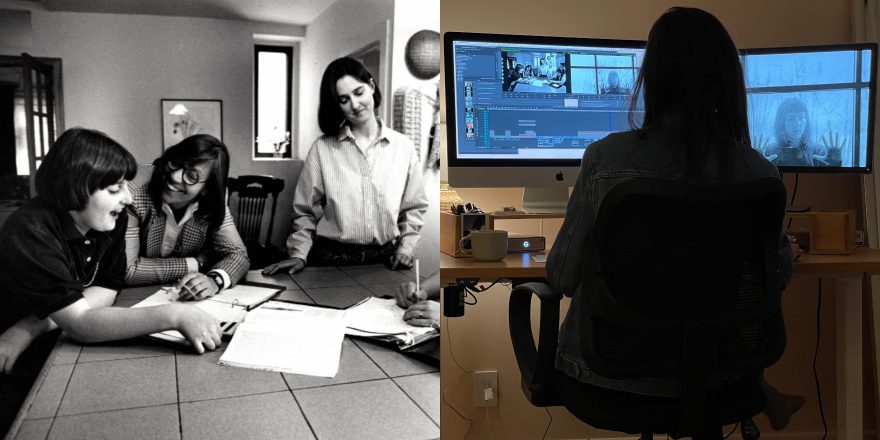 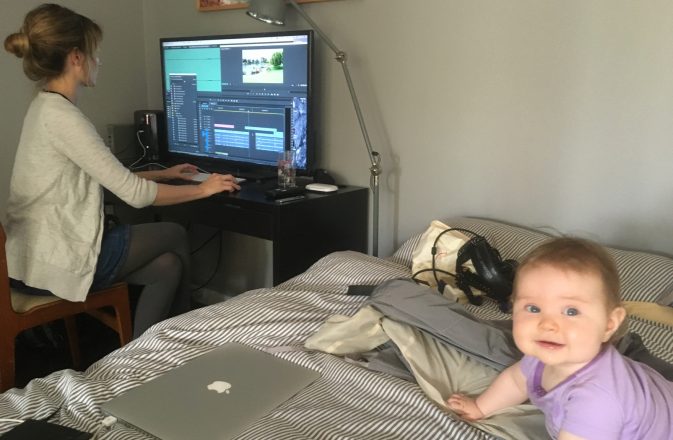 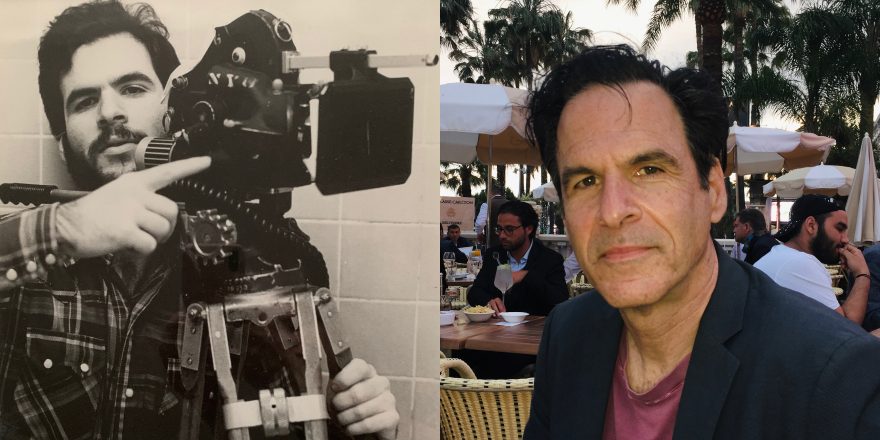