Devon Welsh is formerly one-half of Majical Cloudz and now releases music under his own name; Nika Danilova records and performs as Zola Jesus. To celebrate the release of his second solo album True Love, the collaborators sat down to talk their musical origins.
— Annie Fell, Talkhouse Senior Editor

Devon Welsh: Thank you for doing this with me. When was the first time you wrote a song? Do you remember what instrument you used, and what the song may have been about?

Nika Danilova: In elementary school during recess I used to sit on the swingset with a pad of paper and a pencil and write songs. I don’t remember what they were about, probably lost love or feeling lonely while watching everyone else in the field playing soccer!

Devon: But did you make the music as well? Or were you writing lyrics?

Nika: At that point, it was just singing. Eventually I started learning piano and would write songs on the piano. And then as a teenager I got a guitar and it all went downhill from there. How about you?

Devon: I think I wrote my first song on guitar a little while after I had started learning how to play guitar in a high school class, which was such a great class to have in high school. I wrote a song that was played exclusively on the high E string, and I remember the vocal melody just followed the guitar melody. I think it was about a rabbit. Around that same time my friend and I figured out how to use Acid Pro to make tracks out of sample packs, so I learned a lot about constructing songs by doing that. When was the first time you posted music on the internet?

Nika: Hmm, I don’t think it was until I started the Zola Jesus project around 2007. In the past I would write songs but never record them, mostly because I didn’t know how. Once I started learning how to use the computer to produce and record music, it became easier for me to share my songs. Especially with the advent of MySpace, it felt like a low pressure platform to post music without really having to worry about it sounding good or feeling formal. How about you? Did you use MySpace to post music? I feel like bedroom musicians have a lot to owe to MySpace. At least I do!

Devon: I started posting songs I had written onto MySpace in 2006 I think. I didn’t really continue to do so beyond 2006 — I kept writing music but did not release any records of it for a number of years. I think the next time I posted more music onto MySpace was in 2008, and then never did again. 2008 was probably already kind of late to be posting music on MySpace. When did you see an audience developing for your music?

Nika: Once I started posting music on MySpace, some smaller labels reached out to me. At first it was Die Stasi, an imprint run out of Ohio. And then Sacred Bones, which at that time was a very new label, hit me up about putting out a seven-inch. That happened around 2008. But it really wasn’t until 2010 when I put out my second record, Stridulum, that I really felt people take a wider interest in what I was doing. When was your first show? What was it like?

Devon: The first real show I ever played was in Montreal. My bandmates and I booked it ourselves at a venue called Les Trois Minots and we invited the people involved in music that we had started getting to know that year. I don’t really remember it very much. Shortly after that we played our first show at lab.synthése which was the venue run by a few people we knew that was at the center of the music community we were starting to be a part of at the time. Playing there was sort of the height of our ambitions at that point, it felt really great to be starting to participate in that scene. Was there some equivalent like that for you when you were starting to perform? What were your early ambitions at that time in your life? Was there a scene or community you were hoping to become a part of?

Nika: When I was starting out, there was already a pretty strong music community in Madison. Lots of house shows and warehouse shows. And because the city is rather small, the shows were super diverse. “Experimental” was the operative word that bound us all together. My first show in Madison was strangely in the basement of a pizza place. Embarassing to think about how bad it probably sounded. I had no idea what I was doing. Around this time, I was also friends with some out of town bands, who were really supportive early on. I remember traveling to SXSW with the bands Pink Reason and Psychedelic Horseshit. Watching them play and seeing what it felt like to be a touring musician gave me confidence to try to just lay it all out there. It was a really open community, which fostered and prioritized creativity and catharsis. The messier the better. So my first shows were pretty raw. Unrehearsed.

Devon: So much time has passed since these days, and I’ve found my relationship to music has evolved a lot. I think when I first got started it used to be much more social — it was about connecting with other people that made music, participating in something together. These days music still serves that function but it’s much more solitary overall. I send music back and forth with friends sometimes, but what I’m getting out of it is different. What is your relationship with music like today? How has it evolved from this early time period?

Nika: Hmm, good question. In the beginning, music was pure catharsis for me. I barely thought about the process of making music. The whole experience of making music felt so new that I didn’t really think about the process. I just let it flow. Learning how to make music with my computer, I had tools that beforehand were never available to me. So it was just… overwhelming with possibilities. Now more than a decade into being a music maker, that feeling has changed a bit. I wisened up to the process, and got smarter than it in some ways. So now when I make music I have a tendency to get in the way of it, which has been a struggle. Sometimes I wish I could go back to the days when I knew nothing, and everything felt new. But now I try to re-create that feeling by working with different instruments, or collaborating with people. I’ve learned to expand and push what feels comfortable for me, because I think that’s where creativity can really thrive. You’ve collaborated a lot in your work, but I’ve also seen you build and produce songs completely on your own. Do you prefer working alone or with others?

Devon: It depends on the type of music I’m making. I love collaborating with people, improvising, jamming, sending music via email, etc… it’s very fun. But then there’s something about writing music on my own that is special and gratifying in a different way. I think I will always want to continue doing both!

Regarding the way the relationship to music changes over time, I agree that there is a magic period when you first start to learn how to write songs, where every song seems novel and everything you want to express in a song feels new. After hundreds of songs, it becomes more difficult to surprise and please yourself with the process, so there is more frustration at times, but then when you can still manage to surprise yourself with a song I think it’s a much more rewarding experience to making something you love than the feelings you get when you first start out.

Nika: Totally. It does feel good to have more confidence in my skills. Though I still struggle with imposter syndrome, it was a lot worse back when I felt like I didn’t believe in my skills as an artist or musician. Have you ever struggled with this?

Devon: Yes definitely, I often don’t feel like a “real” musician, and swing back and forth on that a lot. But it’s nice to have years pass and experience the ups and downs of “I’ll never write another good song again”, something I thought in 2010, 2011, 2012, 2013…. etc, and see that self-doubt is just part of the cycle of making things. So it helps me have perspective.

Well, thanks for talking with me!

Nika: Same! Thank you! And congratulations on your new, beautiful album. 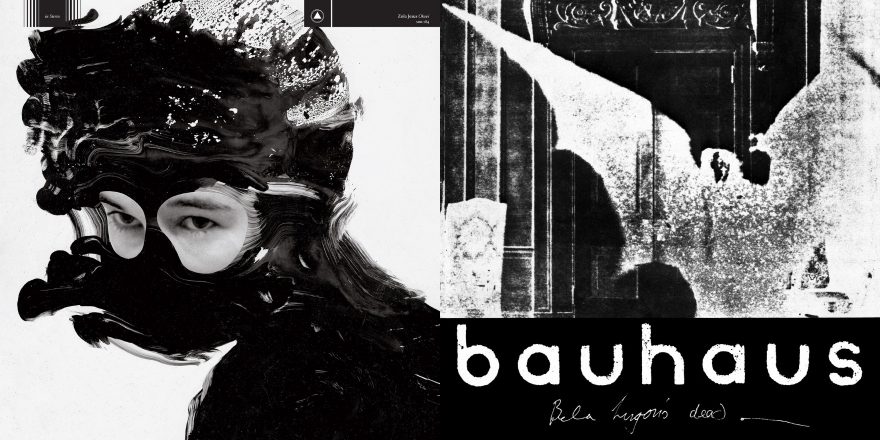 On Moaning and Noodling and Rediscovering The Bela Session