Dean Wareham is a musician (Galaxie 500, Luna, Dean & Britta) and a writer. His memoir, Black Postcards, was published by Penguin. You can follow him here.

“You have to fight every day to stop censoring yourself. Compromise is beginning to feel a lack of confidence in your innermost thoughts… these innermost thoughts become less and less a part of you and once you lose them then you don’t have anything else.”

In 1983 I hosted a radio show at my college radio station, WHRB in Cambridge. I drew the graveyard shift, Wednesdays 3:00 AM to 6:00 AM. It was terrible for my studies, or so I thought. Looking back, yes, I would fall asleep in history class the next day but I was learning a few things in the basement of Memorial Hall. WHRB music director Geoff Weiss (an encyclopedic musical mind who later became an A&R man at Warner Brothers) introduced me to a particular compilation of southern California garage bands: Warfrat Tales, where I first heard the guitar stylings of one David Roback, via two memorable tracks from his band the Rain Parade, who released their debut album Emergency Third Rail Power Trip that same year. It didn’t sell a million copies, but some records need to be measured other ways — they can cast a long shadow without selling a ton. Alan McGee has commented that the Rain Parade redefined what punk rock could mean, and were part of the inspiration for his Creation label. Roback left that band quickly to form a much better band, Opal, whose members then formed the core of Mazzy Star. Five years later my own band Galaxie 500 would be labelmates with Roback on Rough Trade Records; we had just released On Fire and Mazzy Star were serving up their debut She Hangs Brightly.

They made three albums in relatively quick succession; the last was in 1996. I don’t think anyone expected a fourth, but last year they released a single, as well as news of a forthcoming album after a 17-year lay-off. Some bands who go away and return in a different decade appear confused, desperately trying to sound up-to-date. But Mazzy Star have re-appeared, Rip Van Winkle-like, sounding like the same band awaking from a long slumber, a little slower perhaps (and without violinist Will Glenn, who, sadly, passed away in 2001). The sounds I associate with the band are all here: dark progressions on acoustic guitars, slide guitar, glockenspiel, harmonica, reverb, and of course the voice of Hope Sandoval.

I have to think that maybe an extended hiatus is a good idea for a band — if you can afford it — just step off the treadmill of touring and writing and recording, and return when you have something to say, when the songs are ready. Aside from the challenge of having to write new songs year in and year out, making records over a long period of time means you have to make an effort to remember your strengths, or what inspired you to make music in the first place, and stay true to that, blocking out extraneous noise from radio, from advisers, fans and critics, magazines and blogs (this last one not even a word when the previous Mazzy Star album came out in 1996). But it is clear that these guys have stayed true to their inner voice; there is no lame attempt to modernize: you can still hear influences like the Doors and the Stones, as well as English acoustic guitarists such as Bert Jansch and Davey Graham (both recently gone from this world, both of whom cast a long shadow over the history of rock & roll even if they aren’t household names). There are songs here (“California,” “Spoon”) that appear to have an acoustic-Zeppelin flavor, but that’s probably due more to the influence and presence of Bert Jansch, who was much admired by a young Jimmy Page.

There are two unmistakeable voices in Mazzy Star. (Well, there is also the restrained drumming of Keith Mitchell, which I have always admired, restraint being an overlooked musical virtue.) One, of course, belongs to Hope Sandoval, a beautiful singing voice that is not all sweetness; sometimes it is cloaked in an intimidating attitude, a kind of quiet sneer. People sometimes assume, when there is a woman fronting a band, that she is just the voice, that someone else is calling all the shots. But during Mazzy Star’s long hiatus she made two strange and mesmerizing albums of her own (as Hope Sandoval & the Warm Inventions); clearly she knows what she is doing, and the softly meandering “Common Burn,” with its harmonica and glockenspiel, sounds like one of hers.

The other voice is Roback’s guitar, which you recognize from his phrasing and from a few sounds that are his alone. And so at the 15-second point of the first track on the new LP, “In the Kingdom” before a word is uttered, you recognize the band in his inimitable, reverbed slide guitar. Yes, there are a thousand “better” slide players walking around Los Angeles right now but Roback has his own slightly lazy and delicate way; he is a stylist. “I’ve Gotta Stop” delivers the same sensation: an electric guitar phrase pushed through a slight wah, a sound he has been recording for many, many years.

There are other great pleasures on this album: “Lay Myself Down” (the single originally released last year) is one of those “Dead Flowers”-Bakersfield-tinged Mazzy Star singles that we will be listening to for a long time; the highlight (of both song and the entire album for me) is a beautiful unexpected bridge towards the end of the song, a bridge that never actually returns us to the song.

Alongside songs that nod to English folk (“Seasons of Your Day” and “Spoon”) sit others (“Does Someone Else Have Your Baby Now” and “Flying Low”) that delve into the blues. But while I can mention the Doors and Syd Barrett and Brian Jones as influences I’ve heard in this band through the years, it’s hard to describe Mazzy Star without saying “Mazzy Star,” a phrase that conveys a sound and a mood and the specific space (large, yet not cavernous) you find yourself in when you hear them.

One last note: I have a short list of important albums (important to me, anyway) that are, incredibly, out of print in 2013, and Roback is behind three of them; the 1984 self-titled album by Rainy Day (a collective group he formed with Kendra Smith, Michael Quercio, Susanna Hoffs and others), and Opal’s Happy Nightmare Baby (1987) and Early Recordings (1989). I own them all, so it’s not for me but for others that I wonder if these will ever see a release outside of YouTube.

Dean Wareham is a musician (Galaxie 500, Luna, Dean & Britta) and a writer. His memoir, Black Postcards, was published by Penguin. You can follow him here. 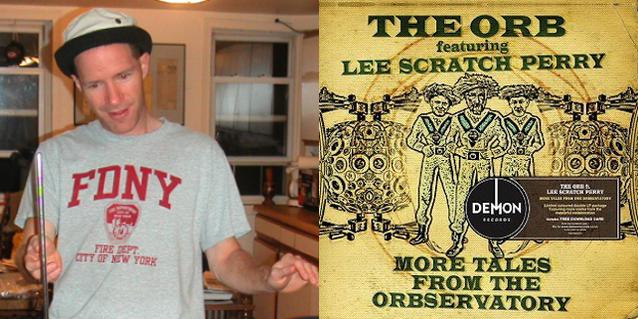