Dave Stewart is one-half of the legendary pop duo Eurythmics.

Dave Stewart may be best known as part of the Eurythmics, the duo he founded with Annie Lennox four decades ago. But Stewart has had an incredibly interesting and varied career, playing on innumerable solo records, producing other bands, running record labels, and generally just being in proximity to other creative folks — the Traveling Wilburys were basically born in his kitchen. His most recent project pairs Stewart with Louisiana singer Thomas Lindsey, who came to Stewart’s attention via a YouTube clip. Their second album together, Amitie, is out now.
—Josh Modell, Talkhouse Executive Editor

I live in the Bahamas. The prime minister here was a doctor before he became prime minister, so as soon as he got wind of the pandemic, he closed all the doors. He stopped all inter-island travel. The Bahamas is many islands, so different islands had different needs. He said that instead of the shops being bombarded, you could go in alphabetical order of your surname. Those of us beginning with S were allowed in on Tuesday morning between ten and eleven or whatever it was. It was very organized, almost like a military operation without being military. Everybody on the island wears a mask, and we haven’t had any big outbreaks here, on this island. It’s pretty amazing for a small place.

Where I grew up, in the northeast of England, in Sunderland, it’s cold, rainy, and windy. Like horizontal rain. It was where I went to school and had to walk through the rain about two miles. My brother’s friend, from Sunderland, decided to take a year out before university, and he went to work on a boat. He went to Grenada, and we got a postcard with palm trees, and I always remember going, “Wow.” The first thing I ever did in the local Sunderland newspaper, when they asked me what I was going to do, because I’d been on the local radio and all that, I said, “I’ll probably end up teaching guitar music in the Caribbean.” Weirdly enough, I’ve been teaching the local kids here!

I started out having a little place up in the hills in Jamaica. I record there sometimes; we call it the Ice House. We ended up with tons of people coming there — Toots from Toots & The Maytals, Sly and Robbie, Bob Marley’s mom used to slip in the back of the house. So I slowly started spending longer and longer in this area, and then I thought to myself, “Why am I always killing myself in massive traffic jams in London or Los Angeles?” I always loved just having a studio in the back garden or in the shed or the basement. They always became meeting places, that’s why the Traveling Wilburys recorded in my back garden. In London I had the church, which ended up being a melting pot of musicians. I’m 67 now. I wanted to still record and still make music that I loved, so I thought instead of flying to Jamaica or the Bahamas for a holiday, why don’t I live here and fly to New York or London or L.A.? So I was still doing that a lot.

This year I was meant to be doing a tour. Nile Rodgers and I were going to do a double headline. And then of course like everybody else that’s all canceled. So I just use this as my base, you have a more extended period of relaxation.

Chris Blackwell signed me when I was 19 years old, to Island Music. I got to know him really well. I witnessed GoldenEye and his world, and where he worked from was Jamaica. I realized that a lot of people like to be invited to record somewhere that isn’t in the middle of hectic New York. I’ve already had people here, last year, coming and going all the time.I was just recording this amazing British soul singer called Beverley Knight. She was here right when this whole thing happened. So now she’s doing her vocals in London, and I’ve got my engineer, who at 16 was engineering in Kingston, he went to Florida to visit his mum, and he caught Covid-19. He’s had it for nine weeks or more, still has the fever. So I’ve got somebody in London playing drums. He’s in Florida when he feels okay, mixing or bouncing some things, and then I’ve got Olle, who was Eurythmics drummer, mixing things in Switzerland. And Beverley recording vocals in London, and a sax player in America, then a trombone player and trumpet player here. It’s quite extraordinary.

Me and Thomas Lindsey made a record called Spitballin’, and he was in Louisiana and I was wherever I was at the time. It was partly due to the fact that Thomas doesn’t like leaving Louisiana. When he first came to L.A., just to sing a capella at the Troubadour, he said he didn’t want to because he didn’t play any instruments. I said just sing! I have a little film of that, it’s amazing. The crowd — you could see their jaws drop. He was this small ginger-haired chap, and he opened his mouth and sounded like Nina Simone! At like five in the morning after we’d done that, I think he waited at the airport until there was a flight back, and then he told me it was the first time he’d been on a plane, first time he’d been out of Louisiana. He was a bit terrified of L.A. I said I’d send him a couple of things, a microphone and something to plug it in, and then we’d just make a record. He could send me stuff, I’d send him stuff. And it started this amazing friendship, that’s why the new album is called Amitie. I’d send him a guitar tune I’d made up, and he’d put it in his Garageband. It just became like postcards, really. There was a link on YouTube that somebody sent me.

It was one of those things where an alarm bell goes off, or hairs go up on the back of your neck. When he came to sing, and I suggested since he didn’t like traveling that we record something from afar. He got the courage to come back again and do some songs at the Roxy, which you can see on YouTube. It’s amazing. He walks on stage first, the time ever with a band, my band, and we go into like three or four songs off the album and he’s just completely amazing as a performer and singer. But, same thing, at five in the morning he was waiting at the airport to fly back. And then he came to New York and in one day we did Jimmy Fallon, Sirius radio, and then he was back to the airport. I’m sure he’s quite happy at the moment to be in lockdown, he doesn’t have to fly anywhere.

But he’s not just a talented singer. His poetry is fantastic, and his sense of melody. It’s really interesting to open up whatever he sends. Sometimes he just sings a capella, and I have to work out what to put underneath it, chord-wise, instruments. And I’ll send it back and he’s like, “Wow!” The opening of “Liberation” was just him singing when he sent it to me. He wasn’t expecting the beat or the guitar that I sent. And sometimes I just send him a dobro slide guitar. We started doing this before the lockdown. I’d record, like on my phone, a whole three-minute piece that I’d made up, and he’d sing on top of that. That’s how songs like “Brothers in Arms” and “Storm Came” came, you know? Very collaborative. People might think it’s odd. It is fantastic being in a room with other musicians, other songwriters, but we have this weird friendship and understanding. I don’t think there’s been one thing that he’s sent me or I’ve sent him where the other person said, “I don’t get this.”

Being from the northeast of England, you’d think I wouldn’t understand the blues and soul that much. But because of my brother and my cousin who went to Memphis when I was a kid, I got really obsessed with that. Making the film Deep Blues, with Robert Mugge and Robert Palmer, I really got nuts about that whole world. And then with Annie we were both obsessed with Stax and soul and R&B and gospel. Thomas is the more unusual one for being into blues and gospel stuff, because of his age. All the people around him are probably listening to rock and pop, but he got nuts about Nina Simone, Aretha Franklin, Etta James. Something about him just got fired up when he heard those recordings. He’s sent me really obscure recordings that he’s found.

We’re an unusual pairing, but so were Annie and I! She was classically trained, from Aberdeen, northeast of Scotland, flute and harpsichord at the Royal Academy of Music, but she also had an obsession with Stax and Motown. Similar stuff to me, though she never listened to blues much, and I hadn’t really listened to much classical music. When we came together we could pull almost any rabbit out of the hat. Thomas is very similar. He can be obsessed with anything from a Cher single from the ‘80s to an old blues singer that he’s stumbled across. Very eclectic. But where we meet in the middle is on this album.

You can’t guarantee anything. It’s just such a mixture of random things that come together, that click sometimes and don’t click other times. It can be a random thing, like a guy in Cleveland getting an import of a Eurythmics album and deciding to play this “Sweet Dreams” track, otherwise you’d never have heard of us. The record company in England never saw that song as a single. They kept saying, “Where’s the chorus?” Don’t bore us, get to the chorus. We didn’t know what a chorus was. It’s a very weird structure, it just goes round and round. But you still hear it as much today as ever, even here, on a tiny island.

Dave Stewart is one-half of the legendary pop duo Eurythmics.

Dave Stewart
Eurythmics
music other
Stewart Lindsey
The Way We Get By
Stick Figures: On the Basis of Race
Calvin Langman of The Happy Fits is Playing Pickleball Like There’s No Tomorrow 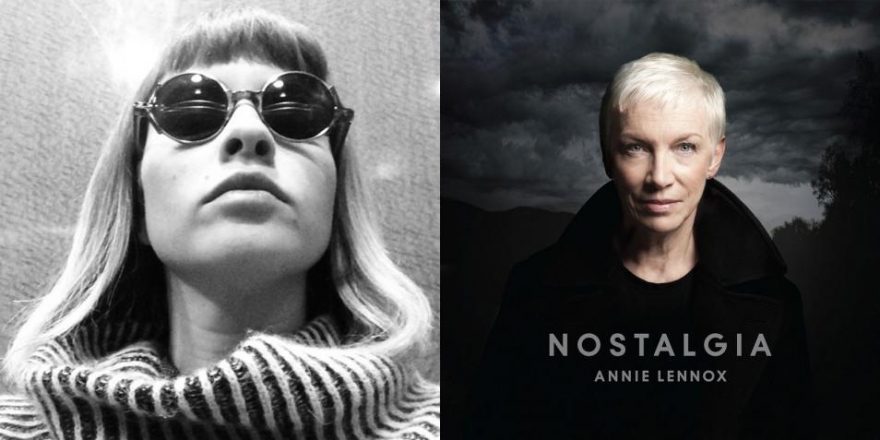 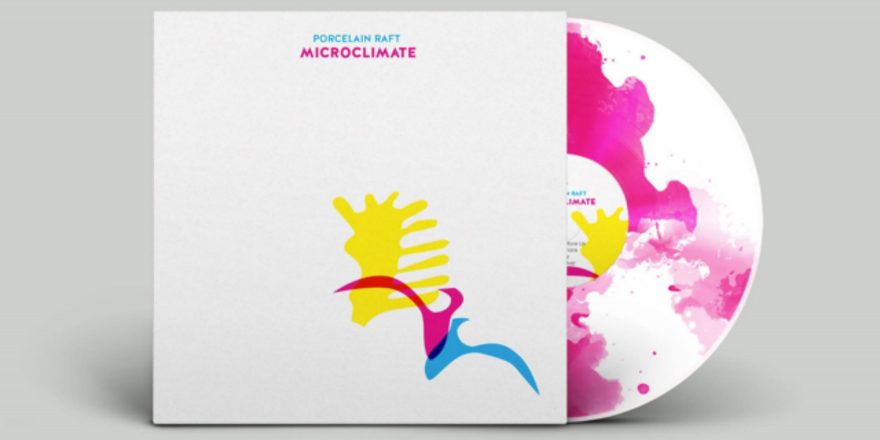