As a kid growing up in Kansas, October was a sacred time. My father made it a tradition that every Friday he would take me to the local video store and allow me to pick out any movie of my choice. Now, remember, I grew up in the ’80s, the days of VHS boxes and Blockbusters on every street corner. My experience entering a video store was somewhat religious. It was my temple. I wanted to be in a video store much more than on a playground. It was a library, it was how I learned.

My dad and I would carefully walk down the horror aisle, inspecting box after box. Our selection was based solely on the box art and not the content of the tape. Terror Train, A Nightmare on Elm Street, Critters, Ghoulies – these were the gems of my adolescence.

My Halloweens for almost 17 years were always the same. During the days leading up to October 31, my dad would take my friends and me to the Edge of Hell Haunted House.

Kansas City haunted houses are unlike anything else around. They are massive, intricate and utterly terrifying. We would wait outside in line for hours for that moment it was our turn to enter the colossal warehouse and be scared shitless for almost 60 minutes.

Hopped up on adrenaline, soda and fear, we would return to my house to watch our selection of Halloween movies whilst eating the largest pizza in the world.

Looking back on Halloween viewing during my adolescence, what stands out to me most now is Elvira and her Movie Macabre. I remember sitting and watching this with my old man, while outside ghouls and goblins roamed the street in search of candy.

Elvira made horror sexy. She made it cool. She was my gateway drug into the dark and sinister. I felt like Elvira had these inside jokes that I was not a part of. She knew things I didn’t know, or couldn’t comprehend. I found myself becoming obsessed. I wanted to explore this dark underworld she lorded over.

Tom Holland’s Fright Night to this day still conjures memories of me counting out my candy from a night of Halloween debauchery. I lived in a neighborhood that reminded me of the same suburban stomping ground as Charley Brewster. My imagination ran wild. What if a vampire moved next door to me? I studied these movies as a kid, preparing for the upcoming vampire apocalypse (before the zombie apocalypse was in fashion).

When I was kid, Halloween was about fun and scares. It was a time to dress up, eat lots of chocolate and, for a night, pretend to be someone else. For 364 days of the year I was a weirdo, yet on Halloween, I fit in.

I remember from an early age being enamored with horror. Horror made me feel something. Fear, tension, that sickening lump in your stomach — horror caused a primal, immediate reaction in me.

I credit my love for Halloween to my hometown in Kansas. I love Kansas for its seasons. In October, the leaves would change a hundred different colors; they would rain from the trees, creating a multicolored snowstorm.

I lived in a neighborhood where every house would decorate their yard with pumpkins, spiderwebs and scarecrows. October was a celebration of the macabre. It was this one month where my love for horror films came from. I wanted to live in that month for the remaining eleven…

As I got older, Elvira turned to Freddy Krueger. I found myself captivated and terrified by monsters who plagued my nightmares and daydreams. Krueger turned into Michael Myers, and Michael Myers turned into Henry Lee Lucas (from Henry: Portrait of a Serial Killer). Each passing year, I found my Halloween movies growing darker and darker and darker…

As I was maturing, so were my tastes of the sinister. Edge of Hell Haunted House was replaced with Blackout Haunted House.

Almost overnight, October took on a whole new importance in my life. October became the month my first film was released in theaters: Saw II. At 26 years old, I was still watching horror movies on Halloween. This time, however, it was my horror movie…

As I sit here writing this, a realization washes over me. A decade has past since Saw II, and now, at 36, I will be celebrating Halloween once again inside a movie theater, this time with Tales of Halloween. The film is our love letter to a holiday that has given me purpose. Both as an artist, and a lover of movies. 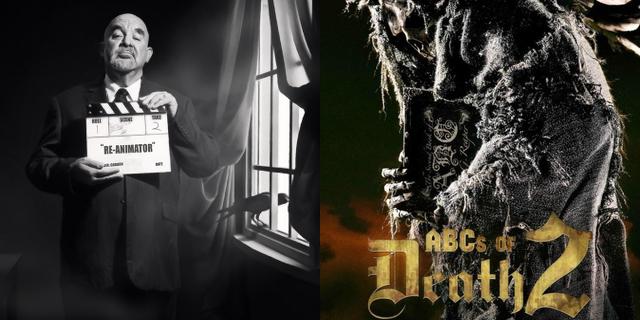