At the end of my new film, 1985, Adrian (Cory Michael Smith) leaves a cassette recording for his younger brother Andrew (Aidan Langford). The following essay reveals the personal insights behind the conception of his message. It was in 1985 – as a young boy in Malaysia deeply infatuated with Michael J. Fox in Back to the Future – that I realized I was not like the other boys. Adrian’s monologue to Andrew is an attempt at Marty McFly-ing back in time to tell my adolescent self that there’s a difference between being gay and a victim of the AIDS epidemic.

“Hey Andrew. I want you to keep this tape for as long as possible. I think you might need to listen to this again in the future. It might make more sense to you when you’re older. You’re gonna have some tough days. Days where you feel like everything sucks and you don’t wanna get outta bed. Days when you’re gonna feel like you just don’t belong. I have had a lot of those days. And I want you to know: you’re not the only one who feels the way that you do.”

When I was 13, my English teacher explained to us what AIDS was. There had been a rumor that the virus could be transmitted through mosquito bites. *Jeremy, the class clown, raised his hand while pointing his other finger at me, saying that this pondan (the Malay slang for faggot) must have AIDS. Jeremy was not reprimanded for his remark. Verbal attacks were a normal occurrence for an effeminate boy like me. I was lucky, I guess. At least I didn’t get my ass kicked.

I was drawn to other pondans in school, as they were drawn to me. It’s as if we knew we were alike, despite not fully understanding what being gay meant. We weren’t comfortable in identifying our condition, but we were certainly comfortable in camping it up during sleepovers and blasting diva pop songs like they were the themes of our lives. The bullying continued, though. We just learned to put up with it. There was something comforting about suffering with others. It was better than suffering alone.

Being an easy target over these formative years had its consequences. Suicidal ideation crept in through the back door of my mind, introducing an exit plan that I hadn’t previously considered. I loved weekends because I could sleep in. I hated weekdays because I didn’t want to wake up. I wondered what it would be like to never wake up. It seemed like the loveliest thing.

“There’s a whole world out there for someone like you. I promise you, you’re not as different as you think you are. And Mom and Dad, they might not get it. A lot of your friends might not get it either. And some of them might say some pretty mean and awful things because they just don’t get it. But I get it. And I know that you’re gonna learn to be happy with who you are.”

My parents were aware that something was off. From an early age, I had no interest in toy guns or Matchbox, opting for Cabbage Patch Kids and Rainbow Brite instead. They eventually sent me to a boys school as a means to toughen me up. That did the trick, as I got better at masking myself, but it also became a training ground to nurse through countless unrequited crushes.

My sense of worth was challenged at that school because although I excelled in the arts, I did poorly in science and math and my Malaysian education had a strong emphasis on the latter two. Thankfully, my parents were wise enough to redirect me into the wonderful world of Mass Communications. I could be a journalist, they said, or someone who worked in advertising. I had dreams of making films, but the idea of that seemed as far-fetched as me landing in Iowa. Which I did. At Drake University in Des Moines.

My new best friend there was *Rob from Australia. Charming, confident, and a total ladies man. His accent was deemed sexy by the Americans, while mine was more problematic, prone to be made fun of. In our senior year, Rob told me and our circle of friends that he was gay. I saw how positive his coming-out experience was, and so I told them I was gay, too. I vividly recalled that feeling of acceptance when I recently watched Blockers on a flight, and was reduced to a teary mess. The lesbian teen character comes out at the end, and her best friend says to her: “I love you forever.”

Through Rob, I learned what being gay meant. It can be a journey that’s not marred by shame, dejection and loneliness. I can be gay and have a complete and meaningful existence. What a novel idea.

With college graduation looming, I had to make a decision about whether I would return to Malaysia, or take a crack at living in America. Now that I’d had a taste of what it was like to be free, there was no turning back. Self-actualization was at stake. I had to stay.

Rob returned to Sydney, and I got a job in Dallas. I discovered I had taken our friendship for granted. I didn’t realize how hard it was to meet other gays and feel as connected to them as I did to him. I realized that many of them had experienced different degrees of emotional trauma, which influenced the way we related to each other. From a young age, we’d been profoundly conditioned to think we’re lesser. When AIDS came into the picture, things got worse. Sometimes, all the pride parades in the world still can’t change the way we feel about ourselves.

It took a while, but I did meet the right people eventually. I met my husband. I befriended many others who got me, queer or not. I landed in Austin, a place I’m proud to call home. I’m now doing what my 10-year-old self in 1985 didn’t think was possible: having a career in the arts while building a life with another man. Yet, even to this day, I’m still haunted by dark moments of the past, remembering what it was like to be the boy who wished he’d never been born. I wonder if I’ll ever outgrow the sinking feeling that there’s something inherently wrong with being gay. Maybe it’s not meant to go away, like a scar to manage over time?

“So, hang in there, Andrew. Things tend to get a little darker before they get brighter.”

When I wrote the above in the first draft of 1985, I wondered if this line rang false: “Things tend to get a little darker before they get brighter.”

Over the past year, I’ve found myself revisiting that line whenever things aren’t right. Anytime something bad happens in the world. Anytime I felt like depression is looming. Anytime when hope feels like a word that is invented for fools. I then remind myself to think of the line that comes before that, which rings a lot truer to me. It’s what I’ve been doing all this time, and I’m still here. So, hang in there.

*Not their real names. 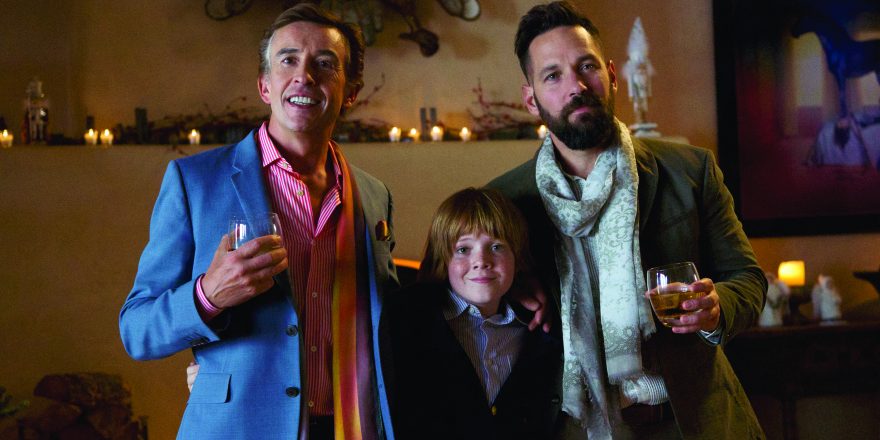