The first time I saw Jessie Ware perform, it was on Poliça’s first trip to Australia. I walked up to the stage at the top of the set and was captivated by her energy — her vibe, so to speak. The timbre of her voice and the way she touched each note, singing with ease and deep emotion, felt so good to my homesick soul. She seemed to radiate onto the crowd her love of performing and making music; it had an infectious quality of joy and gratitude. I watched her set one more time in Perth (we were on the same string of festival dates for Laneway 2012) and met her afterwards. Even in our brief encounter, I became a big fan of her as a performer, vocalist and also as a person.

So it’s with a little bias that I listen to Tough Love, hearing one of the warmest, chillest and most down-to-earth people I have ever met in the music biz and, knowing she sings as well live as she does on recordings, imagining her killing the notes onstage. Just as Ware’s beautiful personality and strong sense of self lie at the heart of her magical live performances, they also bleed into every note she sings on this record. It’s rich with story and sincerity, and completed by gifted musicians playing great songs.

The record begins with the title track “Tough Love.” The line “So you wanna be a man about it, do you have to?” caught me right away. God, I feel that line so strongly — I know that line so well! It’s one of Ware’s most beautiful qualities: the prowess in her vocal truth-seeking missile and the sincerity of her emotive delivery. The subject matter feels like the conversations, conflicts and passions of one relationship; all the different situations are strung together with reflections on the ebb and flow of two lovers’ story. There aren’t any radical ideas about relationships in Tough Love but none of the ideas are boring either. The lyrics are worth discovering but they aren’t distracting. Ware’s voice and words are the main instrument filling the most important place in each song.

There are some great collaborations on Tough Love. “Want Your Feeling.” a new-day disco groove with an infectious, meaningful sweetness, was co-written by soft-synth melody-master Dev Hynes. Miguel co-wrote both “You and I (Forever)” and “Kinda, Sometimes… Maybe.” “You and I” has a strong and thoughtful catchiness that sounds like a sure hit. “Tell me what we’re waiting for, I only want a lot,” Ware sings in this anthem, asking for a commitment that’s overdue. The second tune with Miguel includes a little smooth-talking cameo that makes a sweet extra synth line. I love male/female duets, and this one is moody, dark and sexy, dripping with the feeling of missing an old flame. Also, Ware’s voice lies in such a perfect texture inside this song — it’s as warm and satisfying as fine red wine, complete with a buzz.

The innovations and experimental qualities of the production are subtle but they are definitely there. “Say You Love Me” dips into pop-country but the electronic elements take a step away from the genre’s typically bland quality. “I Want Your Feeling” is deep in the disco pocket but distinguishes itself with the piano comping and sweet summery pastels of other Dev Hynes sonic wonderments. The arpeggiated water droplets and sawtooth bass synth groove of “Kinda, Sometimes… Maybe” go well with the minimal delay and single drum-hit beat of the surf guitar-painted “Desire.” “Sweetest Song,” with its soothing vocal harmonies, is reminiscent of the side-chained bass synth in Frank Ocean’s “Pyramids,” but way more syrupy and slowed down. A breath of fresh tropical Wurlitzer air and choral blankets swoop in on the dreamy “Keep Lying.”

Tough Love is a rich-sounding record, thick with softness and sweetness that play in the dynamics of heartbeats and heartaches among many different genres, while holding itself together with a cohesive electronic artistry of texture and sound. I suppose this is what, to me, signifies this record as “pop.” It jumps around many different genres and styles while remaining under the umbrella of the artist’s personality and style.

I’ve listened to this record a bunch in the last few weeks, pined over the songs, watched all the recent live footage of Ware performing them and read a lot about the making of the record, and I still plan on buying a proper copy of Tough Love the day it comes out, for my own personal pleasure. That’s a pretty good sign after the amount of time I’ve spent with it. Congratulations, Jessie Ware, Tough Love is a beautiful piece of music. 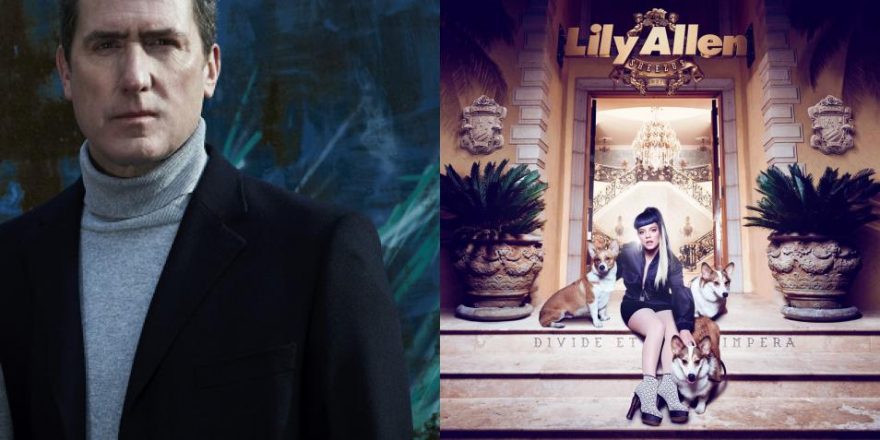