Vashti Anderson is an American filmmaker and published author based in Brooklyn. She has been working in film and TV production in NYC since the late ’90s and, since earning her MFA in Film at NYU, has written and directed several narrative films. Her first feature, Moko Jumbie, was filmed in rural Trinidad and premiered at Los Angeles Film Festival. It screened in competition at Bentonville, Urbanworld, Edinburgh International Film Festival and others and is now available on Indiepix and Amazon Prime Video. Vashti currently spends her time writing stories, developing her second feature and making sure her kids don’t kill each other.

I watched mother! in a dark theater, crunching popcorn and sipping root beer, in my third trimester, alone. During both of my pregnancies, I craved horror. I don’t particularly like gore or violence, and blood … well, I remember blacking out while staggering to the back of the theater during Interview with the Vampire. The best explanation I can come up with is that pregnancy is kind of horrifying, visceral and violent. Not only is there a creature growing, twisting and kicking inside your body, but the baby’s DNA runs through your blood alongside your own. Freaky. Pregnancy forced me to think about my own existence and mortality in a way that was markedly different from, say, how I felt gazing at the X-ray of my skull that I procured after I broke my nose.

Like what was happening in my body, the story of mother! took on a life of its own, sprouting out of the ground like a seedling, and growing, coiling out into the universe. This form perfectly fit a film about creation, specifically feminine creation, that is quickly deceived, exploited and brutally destroyed. My physiology and mental state at the time kept me locked into the protagonist’s subjective experience and took me to places that were calm, funny, abhorrent and terrifying. With total faith and abandon, the film dared to explore humankind’s overbearing need for chaos. The idea of doing something polarizing, it seems, was completely secondary to the creative process.

As I develop new projects, I push myself to venture fearlessly, shift the male gaze and create complex and surprising female protagonists. I look for inspiration not only in classic films, but also in more recent ones, some of which have been coming back to me in adrenaline-inducing flashes. Not all of them are perfect, but like mother!, they are interesting. Border, a film that would make my highly normative middle-school gym teacher gag, has, in its main storyline, moments of pure visceral experience and beauty between the two leads. Two trolls living on the outskirts of human society, they shatter hero/heroine convention in many ways. In contrast, the mostly conventional Annihilation ends with a surprisingly avant-garde, hypnotic sequence at a lighthouse where the protagonist faces her “self” in a strange and frightening dance. Every time I think of it, a little fire burns in me about the idea of a big-budget genre film taking itself off the rails. Another visceral and risky film, Swallow, premiered at the Tribeca Film Festival this year. When the last shot played out, I actually cried. The ending worked on at least two levels: it so beautifully expressed the cumulative emotional effect of the film, and it also allowed the audience to feel a female experience broader than the protagonist’s. The third level it worked on for me personally was: “God damn. I wish I’d written and directed this myself.”

I forgot to mention that all of these female-led films were directed by men. Am I a fool for thinking I can do crazy shit with my films, too? Maybe all this “supporting female directors” talk represents a simply mythological cultural shift, one of semantics. Maybe in reality we are just more inclined to support male directors in actual risk-taking.

So many “inclusive” films are being made with what seem to be the safest intentions. Competent. Good. I don’t blame these directors. They do well. Sure, men make safe, competent films, too, but in our careers, we women have to prove time after time that we can do the most basic directorial task – tell a coherent story that makes people feel something. The implication is that we shouldn’t get ahead of ourselves. It’s like being in a shitty girl band competition, where, if we want the opportunity, we all have to sing in the same voice, in unison, and not do any of our own riffs. Prefab pop doesn’t make me dance, and safe films don’t haunt me.

When I think about auteurism, now, for women, I think about genre. OK, it’s not the worst thing to say. Mary Shelley wrote Frankenstein. There is the potential in film to express our distinct, unique experiences through our greatest fears (because we’ve seen enough male fear rehashed). In fact, fear may be the most striking way to express our desires. Jennifer Kent explored trauma in The Babadook, about a woman weighed down by grief and driven mad by her attempts to seem like a “normal” mother. Her follow-up, The Nightingale (released in the U.S. in August), continues her dive into trauma, this time mixing genres, exploring beauty and brutality, and raising questions about humanity and our responsibility to each other. The fact that the film provoked a critic to call Kent a “whore” when the credits rolled during a press screening in Venice made me want to see it all the more. Maybe by experimenting with genre we can develop our ideas from film to film, take risks, express our artistic vision. I think about this possibility as I write my next feature, a mixed genre horror story closely linked to my own anxieties as a partner and mother.

Typing on my cracked mid-2012 Macbook Air, I’m bursting with ideas. The fearless glow of these films fills me with so much hope. But, again, am I deluding myself? Sure, yeah, we all have opportunities to do our own thing, blah, blah, blah. I don’t mean making a narrative feature on grant money and in-kind donations, shooting with family and friends, begging, borrowing, and stealing. I’ve done that. I wonder if I will ever get to do that other thing. Will I have the opportunity to explore, break conventions, twist genre, play with tone, be inspired, all while being fully supported as an artist? Are people interested in supporting a whole new wave of female auteurs? I’m in the Wild West that is American filmmaking, and I’m looking around me. How many girl cowboys do you see?

Vashti Anderson is an American filmmaker and published author based in Brooklyn. She has been working in film and TV production in NYC since the late ’90s and, since earning her MFA in Film at NYU, has written and directed several narrative films. Her first feature, Moko Jumbie, was filmed in rural Trinidad and premiered at Los Angeles Film Festival. It screened in competition at Bentonville, Urbanworld, Edinburgh International Film Festival and others and is now available on Indiepix and Amazon Prime Video. Vashti currently spends her time writing stories, developing her second feature and making sure her kids don’t kill each other. 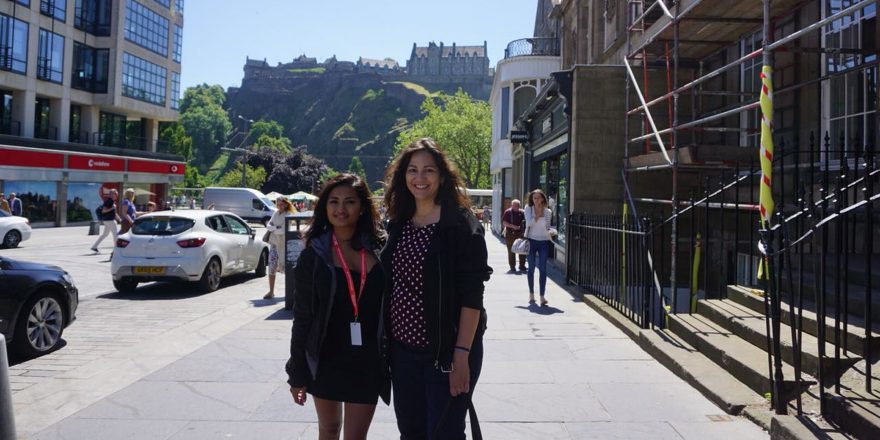 Excuse Me While I Pump …