Brendan Kelly plays in the Lawrence Arms, the Falcon and the Wandering Birds. He has trouble constructing short bios, but thankfully he has a Wikipedia page full of mundane details in the unlikely event that someone would be interested in learning more about him. Also, he’s on Twitter and writes a semi-readable blog at badsandwichchronicles.net.

Boris’ Noise is a traditional music writer’s wet dream. I can’t imagine how exciting it must be to be able to use terms like shoegaze, sludge, stoner-dirge, metal, indie pop, goth, spazzy hardcore, crust-punk and jammy in one piece and have them all be relevant, but here we are, Boris, here we are.

As you listen to Noise, one can almost sense angry nerds in nerdy offices of nerdy publications battling one another to heap praise on this record. And why the fuck not? It’s an excellent, meticulous, near-flawless blend of all the aforementioned styles and more, with an end result that’s truly unique, drawing from everything, aping nothing. Plus, any band with this much hipster panache (“They’re from fucking Japan!” “They’ve got 19 albums!” “My sister doesn’t get it!” “They’re called Boris because they love the Melvins!”) deserves to be assessed on their own terms, and if you’ve stuck around for the 18 previous Boris albums, well, Noise isn’t gonna bum you out. However, if you’re a newcomer to Boris and/or if you don’t have a job that involves reading press releases, deifying the obscure and generally acting like a smug dick, you maaaaaaaaay just find yourself listening to Boris and going, “You know what? This would be a lot better if they had a different singer.”

And they do! Four songs into Noise, “Heavy Rain” kicks in (as much as a song paced at the rate of shifting tectonic plates can “kick in”), and guitarist/multi-instrumentalist Wata (the members of Boris only go by their first names) helms the vocals and wow is it better. I’d liken it to getting put into a full nelson by your older brother. Once he finally releases you, the simple absence of pain is enough to make you feel elated. When Wata sings (which she does not do nearly often enough on Noise) and the tepid drones of bassist/guitarist Tekeshi and drummer/de facto lead vocalist Atsuo are relegated to the background, it’s a big relief, because Boris is a fascinating band and, lead vocals notwithstanding, Noise is a pretty killer album.

No two songs here sound totally alike, but thanks to the insanely lush soundscapes that Boris creates, they’re all held together by the static blips, the laser-beam zaps, and, of course, the world’s heaviest guitars. Noise is punctuated by jagged riffs that seem to exist in total emptiness, only to be instantly replaced by walls of guitars so huge that Queens of the Stone Age are likely gonna be sitting around listening to this, going “How the hell did they even do this?” The general vibe of Noise is absolutely massive, drenched in weirdness while never succumbing to showiness or over compensation. And did I mention that every song is totally different? Well, they are.

“Quicksilver” is almost Motörhead-ian with its thrashy chug and mental-patient screams, before turning into a drumless, droning, heavy-chord wall that never stops and seems like it may come through the speakers and physically pummel you, while “Taiyo No Baka” is the kind of poppy song that wouldn’t be out of place in a quirky indie film involving a young couple holding hands, running through the rain, off into some precious adventure time. It’s as atmospheric as any of the tracks on here, but foregoes the heaviness, proving that this band knows exactly what they’re doing even when they leave their trademark techniques behind.

Elsewhere, we’ve got “Angel,” which clocks in at an intimidating 18 minutes and 41 seconds and manages to pull off a straight-up “space jam” style middle bit, which (and I don’t believe I’m about to say this) is great, and then it moves on to some jangly ‘60s thing. Deep layers of seemingly disparate ideas, sounds, genres, all right on top of each other. It’s a daring centerpiece on a pretty daring album.

I could probably name-check a few bands at this point, like Bitch Magnet, who were one of the first bands I ever heard to make everything about the bizarre soundscapes and then just toss in some afterthought vocals as an ambient spice. Or I could talk about a progressively heavy, genre-defying band like Nomeansno, or I could get really lazy and mention the Boredoms, but the truth is, none of that really gets to what Boris is doing. What they’re doing is making heavy, weird music with a strong emphasis on instrumentation. At least that’s what they’re doing on Noise. It’s impressive, challenging and surprising and, honestly, it would probably be better as an instrumental album, but overall there’s still plenty to enjoy on Noise.

Brendan Kelly plays in the Lawrence Arms, the Falcon and the Wandering Birds. He has trouble constructing short bios, but thankfully he has a Wikipedia page full of mundane details in the unlikely event that someone would be interested in learning more about him. Also, he’s on Twitter and writes a semi-readable blog at badsandwichchronicles.net. 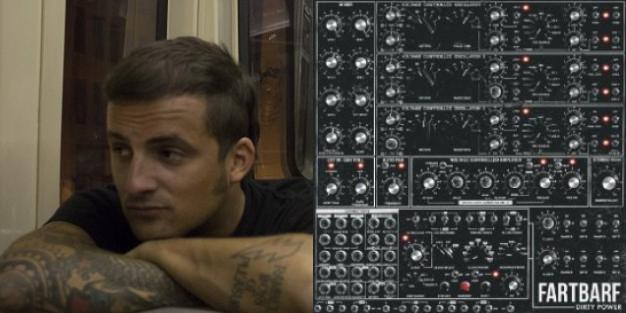 Kathy Valentine (the BlueBonnets, Go-Go’s) Talks Queens of the Stone Age’s …Like Clockwork