Jim Hosking is the director of the feature film The Greasy Strangler, which premiered at the 2016 Sundance Film Festival. His second feature film, An Evening With Beverly Luff Linn – a mysterious meditation on identity, love and folk music – premiered at the 2018 Sundance Film Festival. He is the director and co-creator of Tropical Cop Tales, which airs on Adult Swim on February 1, 2019 across the USA. He lives in London.

Burning is about two-and-a-half hours long. Usually when a film is two-and-a-half hours long, I am filled with dread. I am six foot four. My boney bottom deadens in the cinema seat. My knock-knees embed in the seat in front of me. Time will crawl. But some films act as meditations. They soften the limbs. They unknot the mind. A hazy dismantling of the brain strain until a sharp coming-to.

I saw Burning twice in the cinema. I nearly went a third time until it was decided for the two people in question, one of whom was me, to not meet up. I could have seen Burning many times in the cinema. Now I’m asking myself why. Why Burning? Why are some films medicine?

Let me just go back a bit. When I lived in Los Angeles, I would frequent Amoeba Records to get lost in the DVD section. Browsing as self-medication. One day, I went to the small Import section near the back on the left. Asian imports. Korean imports. Flicking through, everything in Korean. The Korean box-set section. Was there one? Maybe. I found a murky algae-colored box set. Lee Chang-dong. I liked the look of the box, I liked the name of the director. I bought the box set. The first film I watched was Oasis. I took a lot of pictures of Oasis on my phone while I watched. As I write this, I now realize how inspiring that film has been to me. Then Peppermint Candy. Then Green Fish. I went backwards from last to first. Films unlooping at their own pace, with their own logic.

I purposefully knew nothing about Burning before I went in to see it at the Alamo Drafthouse on South Lamar in Austin. For two-and-a-half hours, I didn’t notice the people around me sucking on their chicken wings and the sticky suck-suck on their fingers. I noticed those noises when I saw one other film at Fantastic Fest. But during Burning, I noticed nothing.

Burning is based on a short story by Haruki Murakami. I read the short story after I watched Burning for the second time. The short story is the starting point for Lee Chang-dong and his co-writer Oh Jung-mi. The lucid, concise short story bears little relation to the feeling of the film. That feeling when you run and run until your legs can’t keep up with your torso.

Burning feels like a hallucination played out by the young man Lee Jong-su. He is vital and strong and vulnerable and lost and he carries a frown like a weight that he cannot lift.

I don’t know the answers to these questions. But I do know that before Shin Hae-mi disappears, we see her dance in the most beautiful shot I have seen this year.

I want to watch a filmmaker and not understand how they are hypnotizing me. It is a magic trick. And to be hypnotized by what appear to be entirely natural ingredients is the greatest magic trick of all. No special effects. Just picture and music and the rhythm they create. I am writing this on January 1, 2019. I must go to South Korea in 2019.

Jim Hosking is the director of the feature film The Greasy Strangler, which premiered at the 2016 Sundance Film Festival. His second feature film, An Evening With Beverly Luff Linn – a mysterious meditation on identity, love and folk music – premiered at the 2018 Sundance Film Festival. He is the director and co-creator of Tropical Cop Tales, which airs on Adult Swim on February 1, 2019 across the USA. He lives in London.

Best of 2018
Burning
film commentary
Jim Hosking
Lee Chang-dong
On Moaning and Noodling and Rediscovering The Bela Session
Introducing: Sophie Strauss’s “I Was” 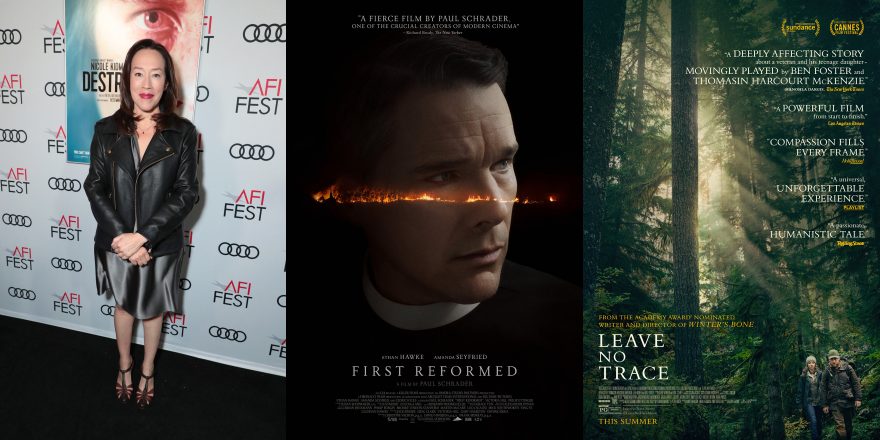 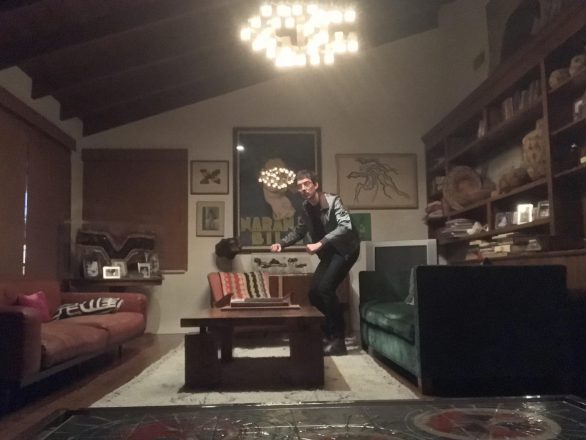