I’m a jazz musician. I live and create in a world of instrumental music, a world without lyrics, where musical conversations happen in the moment. Like spoken conversations, there are rules (e.g., it’s rude to interrupt, and try to stay on topic). But rules are meant to be broken, and good jazz musicians break them all the time for artistic reasons.

Like many musicians, I listen to almost every conceivable kind of music. I appreciate a lot of it, I like a certain percentage of it, and occasionally I really love something. Regardless of whether or not I like a particular tune, I always appreciate it when an artist puts themselves out there, takes risks and tries to create something personal.

When the Talkhouse asked me to write a piece I started by randomly following trails online, clicking through sites that featured music that I wasn’t familiar with, listening for something that stood out. I found it with Color (n.) Inside the Lines, an album by a band (or artist) I wasn’t familiar with named Schematic.

Here are some initial thoughts. I’m writing these before I know anything about the group. I like not having any preconceptions about who or what I’m listening to. I can’t tell you if he/she/they are a mainstream band (like Arcade Fire, for instance), an obscure group who are new on the scene and rising, or road warriors who have been slow-burning it in a van for 10 years. As I said, I listen to many kinds of music, just not this kind very often. But that’s why I wanted to write about them. (I’ll refer to “them” as a “band” until I know any better.)

The first tune I hear is called “Stand,” which is the third tune on the album but the one I heard first. What strikes me are the textures, the orchestrations. I’m drawn in by the building up of sounds. Here’s a band that is thinking compositionally. They follow wherever their ears lead them. There’s a kind of joy in this approach. It’s an experiment.

Of course, it can go horribly wrong. Let’s keep listening and find out.

The drums are really compressed. But it works here. Are they real drums or samples? It’s hard for me to tell, but I don’t care. The emotional content is there. A thick wall of sound followed by near silence. Lots of contrast, even a bit of dynamics, despite the compression. I like that. Contrast is something I always try write into my music.

A crunch of guitars, plenty of electronica. A few odd meter bars and uneven phrases. Nice. Anthemic. Well constructed. It feels “intentional,” as in “they meant to do this,” which, as any musician will tell you, is more than half the battle.

The person sitting next to me tells me that the vocalist sounds a bit weak. I don’t know. I’m not really listening to that part of the sound. (Again, I’m a jazz musician!) I’m not saying vocals aren’t important. I’m just saying that my ears aren’t usually drawn to vocalists unless they’re really extraordinary. Billie Holiday, Freddie Mercury and Donny Hathaway are some of my favorites. It’s their tone and musicality that pulls me in, not necessarily the lyrics. In the case of this band, neither the lyrics nor the tonal character of the singer are doing much for me. He reminds me a little bit of Rufus Wainwright (who’s a touch on the emotive side for my taste). But that’s OK. I’m digging the rest of it.

The next tune, “Where’s the Soul?” starts off light, a pretty-pop ditty. A slightly slippery chorus with bass doubling the melody adds some welcome heft and an added guitar part on the second verse keeps the orchestration interesting and the tune building. Some more extended phrases segue into a trippy vamp with layered synths and strings. Then back to the chorus but with a guitar solo this time. Which starts me thinking, I wonder what this band sounds like live? Do they play live? If so, they’d need a lot of musicians to get all these sounds layered up, or a ton of triggered samples. The performer in me hopes it’s the former. This album does sound “perfect” in a way that only a heavily-produced album can. Very different from the organic, “played live” sort of albums jazz musicians typically make. But then, using the studio like an instrument gets you to places musically, even compositionally, that you wouldn’t get to in a more improvised setting.

“You Are My Southern Girl” is next. It begins as a slow waltz with old school drum machine sounds (think Roland CR-78), acoustic guitars, low piano, plucked strings. The strings sound particularly good, lots of tremolo bowing. Getting dramatic. Orchestration continues to build with cymbal swells, full strings, glockenspiel. Very dramatic. Too dramatic? Ah, but here’s a breakdown. Enter the fuzzed-out low guitar, another welcome relief and I’m starting to see the picture. This band is really into contrast and their aesthetic is to carefully construct and balance a tune by keeping things proportional and changeable. Beautiful melodies for sure, but not too beautiful for too long. There’s also some dirt. I like that. If they mixed this themselves, they’re really using the studio to great artistic effect. It’s about the sounds as much as the tunes. I can totally dig that. I try to do that with my own music by playing with textures and orchestrations as much as melody, harmony and rhythm.

Now I’ve listened to the whole album. It’s long, about 70 minutes (including three bonus tracks). Some tunes are stronger than others but overall it’s a very successful record. By the end, I do miss the sounds of musicians just playing together and trading ideas. There’s not much of that in this music. It’s heavily constructed. But they’ve made some beautiful and interesting frozen works of art. A city of sparkling buildings and impressive facades, with more than a few dark alleys between them (which is a good thing). There’s a lot of depth and variety to this album. I find myself listening and re-listening, finding new details each time.

OK, I checked out the website to find out more about the people behind the music. It turns out this is a solo project by a musician from Virginia named Dave Elkins, who used to be in a band called Mae, whose music I’ve not heard before. Dave has split the band and started his own DIY project called Schematic. He’s built a studio, created a management company and started a label, all under the Schematic rubric. He’s a man after my own heart (I started and ran a non-profit for 13 years called the Jazz Composers Collective, and just recently split with my label of 15 years to start my own label). I’m a big proponent of musicians taking control of their own professional lives and doing as much as they can themselves. More work but more glory. More risk but more artistic freedom.

Knowing this about Dave makes this album that much more impressive. It’s personal, adventurous, beautifully constructed, beautifully mixed and a powerful statement by a musician who’s not afraid to take chances. The best music always comes from taking chances. Here’s hoping he takes many more. 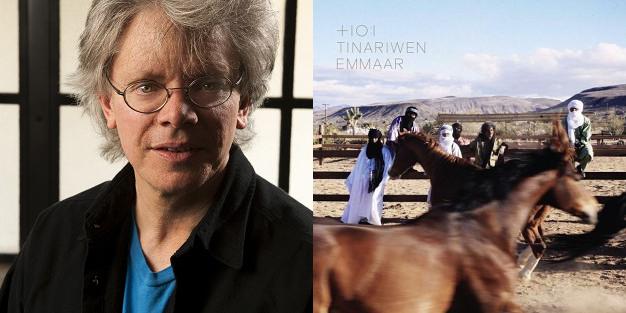