Christian McAlhaney is the original guitarist and backup vocalist for recently reunited Seattle alternative rock band, Acceptance. During the bands ten-year hiatus he joined Florida-based metalcore band Anberlin, who called it quits in 2014. With two band breakups and a reunion under his blent, Christian has a unique perspective on the life, death, and resurrections of musical acts. Acceptance will be releasing new music soon. Like them on Facebook here.

“On a long enough timeline, the survival rate for everyone drops to zero.”
— Chuck Palahniuk, Fight Club

This concept has been a key tenet in my life philosophy for some time now — not as some sort of indulgence in a morbid fascination, but more as a relentless motivator. One can almost come to look at all things in life through the crystal lens of a backwards-ticking watch. There is an inevitability of finality to everything in life. If we all knew how long we’d live, or how much time we had with loved ones, or how much time we had to pursue our passions, how would that affect how we manage our time and where we focus our energy?

The seeds for an Acceptance rebirth were sown in 2014 while Anberlin was taking its final bow. After twelve years as a band, Anberlin had decided to release one final record and tour the world one last time. It was on the U.S. leg of that tour that my manager took me aside after our show at the Theatre of Living Arts in Philly and informed me that he had received an offer for my previous band, Acceptance, to play Skate and Surf festival the following year.

Acceptance had formed in the late ’90s while we were slowly cutting our teeth playing local shows and small regional tours. We released a couple of EPs and eventually signed to Columbia Records, turning our part-time hobby into a full-time job. We had a good run for a while, toured with a lot of great bands and eventually recorded our first full-length record, 2005’s Phantoms. Soon after, we suffered a series of unfortunate events. Our record for Columbia leaked online nine months before its release date. We were strong-armed by our label into releasing a ballad as our first single. We spent a small fortune on a music video that was forgettable at best. The coup de grâce: our label, in all its wisdom, put spyware on its releases that year. This created a lawsuit and a recall of our record, which was then never re-released. All of these factors, combined with changing personal life circumstances, were massively influential on the band’s decision to call it quits in 2006.

Conversations were had, amends were made, and a reformation was set in motion.

While an Acceptance reunion had been a fanciful conversation piece for quite some time, the end of Anberlin made it that a real possibility for me and an actual show offer gave us a tangible talking point. Conversations were had, amends were made, and a reformation was set in motion.

For most, the gift of youth is freedom. Ultimately, the pressures and responsibilities of life change as we get older, and as we, in turn, become responsible for other people. Touring in your twenties — making little to no money, while living at your parents’ house — is a little different than trying to do the same — married with kids — in your thirties.  I’ve known many friends and band mates alike who have come to a place where they start to wonder if the sacrifice of tour is worth the reward. “The price of anything is the amount of life you exchange for it,” said Henry David Thoreau. This notion, more than anything else that I have witnessed or experienced, is a big factor in why bands break up. Anberlin and Acceptance were no exceptions.

You see, the advent of the Internet was the end of the music business as everyone had known it. One of the unforeseen repercussions of that has been that in order to compensate for the gaping hole left by the loss of record sales revenue, artists have found themselves having to stay on the road longer and longer. And, there’s the rub: in order to make a living as a musician, we have to stay separated from the people that we love.

The irrefutable fact is that even a dream job can become a nightmare if you don’t have balance.

“Ohhh, boo fricken hoo! You tour the world and get paid to play music,” is the usual retort at this point in the conversation. The irrefutable fact is that even a dream job can become a nightmare if you don’t have balance. I can only hope that nothing I have ever done or said has or will ever come across as ungrateful or dissatisfied. I’ve had many a conversation that reminds me how lucky I am to be doing, and to have done, what I love, and I don’t disagree with that; I am a lucky bastard.

I also believe that “luck is what happens when preparation meets opportunity,” as Seneca says. No one trips and falls into success. Most musicians have been hustling their entire lives and are still hustling. It has taken me twenty-odd years and two band breakups to get to where I am now, and even that location doesn’t show up on the map of stability. We do it because we love it and it’s absolutely fulfilling. We keep grasping until life or death catches up with us.

Now, I’m absolutely sure they exist, much like intelligent life in the universe, but I don’t think I have ever known any musicians who have quit who haven’t missed it at some point. Whether it be the camaraderie, the wanderlust or scratching that creative itch, in my experience, most ex-musicians will express some want and nostalgia. No one starts a band with the intention of breaking up one day and regretting it all.

Life is random. You’re not guaranteed tomorrow, let alone a long and fruitful career as a musician.

Do we all want to live forever — all the while being the Rolling Stones? Hell, yeah we do. Is that a realistic expectation? Hell, no it’s not.  Life is random. You’re not guaranteed tomorrow, let alone a long and fruitful career as a musician. The point is that bands usually end because they have to and very rarely because they want to. My time with Acceptance and Anberlin is a perfect example. Personal lives evolved, perspectives changed, and the natural re-arrangement of priorities took its toll — differently for all of us. All that being said, this is not a law of nature. There are plenty of musicians who have found a balance between band life and family life. I’m simply speaking from personal experience and from the conversations I’ve had with other musician friends who have decided to call it quits.

So, here we are: ten years down the road, under different circumstances, with perspective changed AGAIN…and still feeling the itch.

Reunions are all the rage right now. It seems like everyone is doing an anniversary of this, that, and the other thing. So-and-so has reunited and is touring again. I love it. I totally back it, as I am in the thick of it right now with Acceptance — and would one day hope the same for Anberlin. My wish for fans, and even other musicians, is to understand the true motivations behind the “whys.” It’s OK for things to end. It’s OK to start over. Life is a series of beginnings and endings. Life is a process. It’s a lifelong metamorphosis ’til death and then beyond. Why not embrace and enjoy every bit of it?

Christian McAlhaney is the original guitarist and backup vocalist for recently reunited Seattle alternative rock band, Acceptance. During the bands ten-year hiatus he joined Florida-based metalcore band Anberlin, who called it quits in 2014. With two band breakups and a reunion under his blent, Christian has a unique perspective on the life, death, and resurrections of musical acts. Acceptance will be releasing new music soon. Like them on Facebook here.

Sometimes Being a Successful Band Means Not Breaking Up 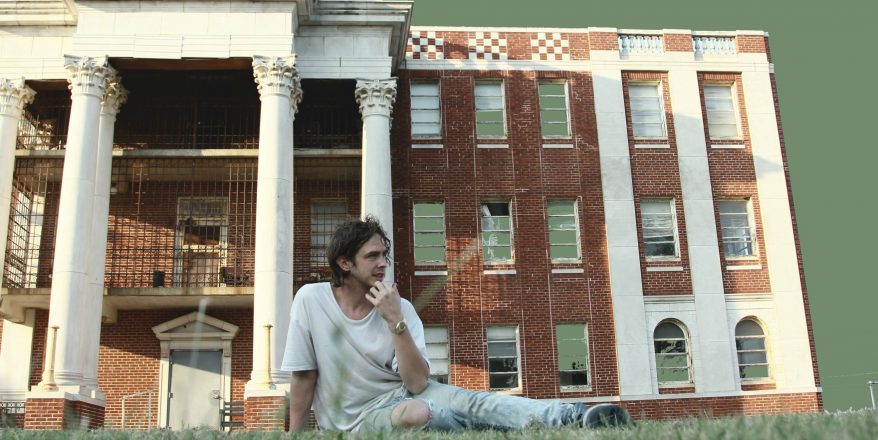 Here’s Why Listening Makes or Breaks a Band 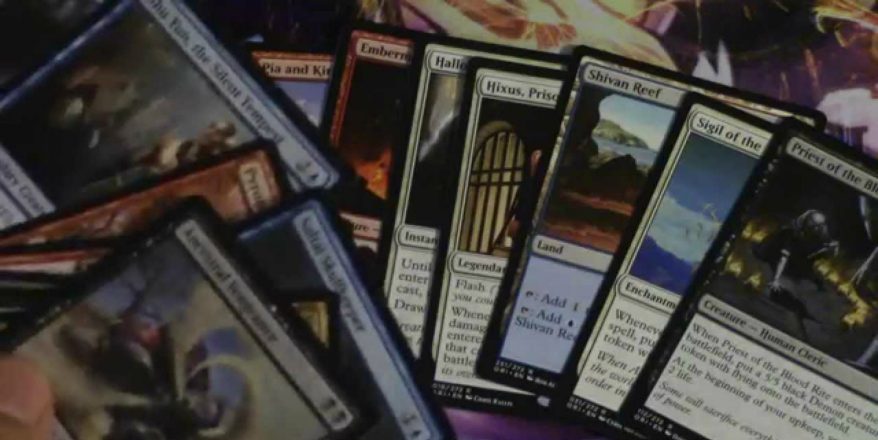 Magic: The Gathering is the True Soul of Rock & Roll