Time is a free currency, yet it’s our most valuable possession.

When visualizing Cows on Hourglass Pond, imagine the volatility of a lumbering, heavy beast trying to balance on the delicate waters of elusive Time. Cows appear to be peaceful, loving, and happy to be eating grass everyday. They are seemingly aloof to Time until Time threatens their reality with impending death. Very much like cows, people can be aloof to Time until Time begins to run out. It seems to endanger our ability to be present, nagging us with questions like, “Am I too late to accomplish my dreams? Have I known this person long enough to love them? When will I be happy?” Avey Tare’s new album Cows on Hourglass Pond haunts us with the question, “How do we balance our heavy hearts on the delicate shores of Time?”

In its first track, “What’s the Goodside,” a minimal guitar spreads out over the soundscape until a groovy beat cuts through and Avey’s vocals soldier ahead. The confession “We’re getting old now” is repeated just enough times to make the listener re-think their whole life, until BAM! Rescued by a bright acoustic guitar. The mood immediately lightens as layers of instrumentation start to pour in and Avey has a hopeful declaration: “Woke up to a new song!” His energized voice asks us, “What’s the goodside?” Avey Tare describes his idea of the goodside by quizzing us, “Are you catching the sunsets? Drawing on your walls? Living in the moment?”

A deep voice greets us at the start of “Eyes on Eyes.” When the pace picks up, Avey begins to touch on a number of intimate vignettes with people anonymously named “Eyes that frequently do cross me,”  “Eyes that look like ruby,” “Eyes so soft and soothing,” and “Eyes I should have never seen.” “Eyes on Eyes” rides on a driving bass line, rhythmic guitar and a minimal beat that gallops with the listener through a quest to find more eyes to make meaningful contact with. Avey craves “one more look, just one more peep, do you remember that sweet time when I saw ya see me in your eyes?” The hope dissolves as Avey describes more finitely, “The good old days left me now, I’d seen it in your eyes, I am changed in you.” The listener is further exposed to his vulnerability in the stream of consciousness stylings of “Taken Boy.” A singular piano coupled with occasional percussion paints a backdrop for this forlorn tale of falling in love with a woman who is unavailable. “She’s taken, oh my achin’ boy, she’s my dream of choice, she’s awakened in me, but it never was, only was in dreams, all her pretty things, to be taken boy.”

We meander through a number of other loosely romantic songs, such as the mellow “Nostalgia in Lemonade” where Avey uses the clumsy yet endearing visual, “There’s gonna be some spills and the ice that you chase after is the last thing in the glass” to illustrate lemonade as a metaphor for a bittersweet relationship. He goes on to relay the brevity of this romance by singing, “In the ritual of longing for a thing that doesn’t last.” Arguably the most intriguing love song of the album, “KC Yours,” boasts jungle sounds and sporadic instrumentation that mirrors the unpredictable nature of the outdoors. Then a friendly, swinging beat reassures the listener, until we learn: “That was the year I slept with a robot.” KC, the object of the singer’s affection, is a robot. Avey Tare’s voice pleads in drawn out desperation, “Machine, don’t break my heart,” highlighting the contrast between him and his mechanical lover. A sparkling synth weaves its way into the ending of the song “like a cryin’ wind” as we learn the robot romance terminates when KC is “dropped off at the robot bus stop.”

A traveling lead guitar interlaces with wistful visions of summertime by the lake in “Saturdays (Again).” Ornamented with nods to uncomplicated moments of the past, we travel through the scents of a freshly baked cake, a dragonfly buzzing above a pond. Avey sings, “There’s lots of cracks in many days, oh so many wishes, but I don’t know why, peaked on Saturdays, should be just like all the days.” We are gently led through an ancient scenery in “Remember Mayan.” Avey describes a primitive life of obsidian, wearing a canteen and sleeping by a fire. Through a tender acoustic guitar and organic beat, Avey continually asks the listener, “Remember Mayan? The future is being right now… remember Mayan? Antique of the jungle.” Simpler times continue to be explored in the last track of the album, “HORS.” An Eastern sounding lead playfully climbs and descends giving way to Avey’s pastoral storytelling of “horses in the field sleep in the mud… horses in the stall chewing on straw.” This musing of farm life continues with horses bobbing for apples and jumping with their rider. We are catapulted out of the swaying hay in the meadows by a cacophony of voices and rising distortion which quickly spits us out into an abrupt ending.

Cows on Hourglass Pond challenges the listener with Avey Tare’s raw reflections on his life. The musings expressed in this album are refreshingly mature and relatable to the brotherhood of the world that has accepted the nature of Time in their own lives. Whether we feel tested about the future in “What’s the Goodside,” experience the fleeting nature of the present in “Nostalgia in Lemonade,” or feel confronted by our roots in “HORS,” the listeners can walk along the ripples of Hourglass Pond with a lightness in our hearts knowing this universal truth from the track “Saturdays (Again)”: “My, how time flies.” 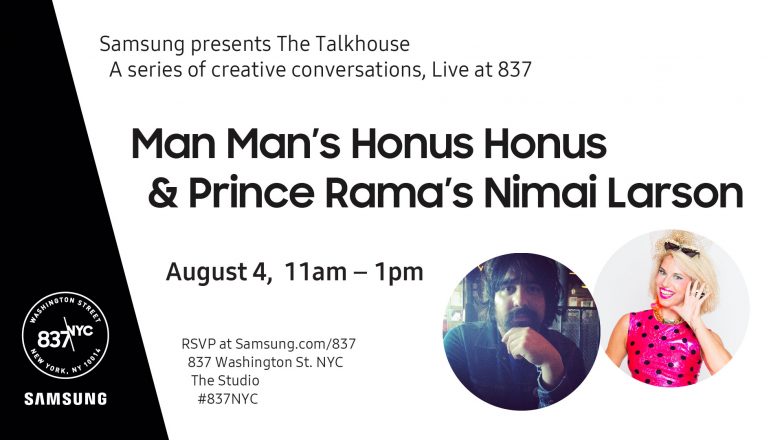