Austin Brown is an artist living in Brooklyn, New York. He is a writer and known member of Parquet Courts.

Maybe I’ve told you before, but at any rate, I’m from Beaumont, Texas, aka Big Money Texas. It’s barely big enough to have its own airport, but to actually get anywhere you have to fly to Houston for about 40 minutes in one of those tiny, crashable planes. That’s where the story of Houston Rap begins: in 1986, out of the car trunks of some of the poorest neighborhoods in Houston, like the Fifth Ward, the Third Ward, South Park, the Southside. At the time, I was getting born right along with it.

Years in the making, Houston Rap is a 260-page book of color photos by Peter Beste and oral histories collected by Lance Scott Walker, featuring faces and voices from all over the Houston rap community: rappers, DJs, producers, business people and family members. It’s an endearing account of a previously unexposed history, of an outsider art that threaded its way into popular rap music but never got mainstream recognition.

I read Houston Rap like an account of a psychedelic renaissance comparable to San Francisco in the ’60s — far-out music to tell the story of the people and replicate the effects of their drug of choice. It goes without saying that San Francisco in the ’60s, like many places at that time, was experiencing the beginning of LSD culture. Houston in the mid ’80s had lean, codeine, syrup, drank, fry, sherm and, of course, weed. Granted, some of those are different names for the same thing and I’m sure I missed a few. The Geto Boys, the primary architects of the scene, released 1991’s “Mind Playing Tricks on Me” on the self-proclaimed “southern empire” of Rap-A-Lot Records. Famous person Rick Rubin even came to Houston to produce their record. That came and went by the time I was socially aware, but Lil Troy’s “Wanna Be a Baller” dominated popular radio in 1999 and would even sneak into my mom’s Suburban if she wasn’t paying attention. I recorded it to cassette from FM 94.1 and played it back on my Sony boombox until I memorized “words” that sounded most similar to the actual lyrics.

By 1999, Houston subculture had developed its own language — in certain parts of southeast Texas it was such common vernacular that you couldn’t even call it slang. If you dug a little deeper at this time you would find a subculture as complete and influential as any of those that existed on either coast in previous generations. Houston turned the Gulf Coast into the Third Coast. The city not only had its own way of speaking, but also its own drugs, cars, celebrities, ideals. But what brought it all together was its own music, which spoke to the people like the five o’clock news. It was educational, just like a certain professor Bun B would be more than a decade later at Rice University. The music that came out of the Screw House was the manifesto of an understated psychedelic movement that, for better or for worse, never made it above ground.

I remember the day in November of 2000 when DJ Screw died of a drug overdose — I remember it more vividly than the day the towers fell, because young girls at West Brook High School were crying over their lunch trays. I remember when Pimp C died, also of a drug overdose, in 2007 — I was living in Beaumont, driving down MLK while his group UGK was playing on 97.9 the Box, and then I cried too.

I was working at the Albertson’s in Denton, Texas in 2006. Albertson’s is one of those massive supermarket chains and after working there I can tell you that grocery stores, especially the big ones, are way more dirty than you give them credit for. Literally my only job there was to check the expiration date on anything that had one, and remove anything past the date. This isn’t an actual position that exists anywhere as far as I know, but the manager who hired me was super-ambitious and in his wildest imagination I guess he was trying to restructure the way grocery stores operate. He seemed like a tweaker. It was absolutely the most boring job I’ve ever had, and I’ve had plenty. The upside was that I could choose my own hours, and Albertson’s was open 24 hours. Because it wasn’t a real job and I didn’t have a supervisor, most of the time I would clock in, show my face, then go home for a few hours, get high, go back and work for as long as I could stand it and clock out. It was as close as I’ve ever come to money for nothing.

In March of that year, I was at Albertson’s when Chris, a friend from high school, called me on my flip phone. He told me that the girls’ soccer team from West Brook High School had been in a bus accident and asked if I had heard anything. I hadn’t. The call was a bit startling, because my sister Ashley was on the girls’ soccer team, on that bus, on the way to play in a tournament in Houston. I walked right out of the store and never went back. Within the hour I was speeding recklessly south on I-45 towards Houston, swerving in and out of traffic, was angrily given the finger twice while calling everyone on my flip phone, trying to get a hold of anyone who might know anything. A few answered, but no one wanted to tell me that my sister had been killed. It turned out that the roads were wet on Highway 90 between Beaumont and Houston, and the bus lost control and flipped over a few times. My sister and another girl died young, and everyone else was either permanently injured or traumatized. It was truly tragic. Ashley was 16.

There’s not much I remember from that year or the one following. The mind is not really meant to process trauma. I moved at least three, maybe four, times that year but I can’t really remember being anywhere. The most vivid memory I have is from a month or so after the accident. I was riding in my friend Drew’s black Honda Civic down Major Drive, past the soccer fields in Beaumont, and he was playing UGK’s Ridin’ Dirty, which I recall as an enlightening moment. It was the first time I had heard the Underground Kingz on CD, or any Houston rap that wasn’t on the radio. I experienced a true epiphany, realizing the beauty at the core of Houston rap music. The message of the whole scene was no longer obscured, and it rang true to me like the blues. The Screwed Up Click Freestyle Kings became my psychedelic storytellers and the Swishahouse mixtapes were my gurus.

Not long after that car ride, I bought Best of UGK at Best Buy. The opening track, “One Day,” samples the Isley Brothers’ “Ain’t Been Good to You.” The hook is “One day you’re here, and then you’re gone.” When it’s slow like syrup, it sticks with you.

Austin Brown is an artist living in Brooklyn, New York. He is a writer and known member of Parquet Courts. 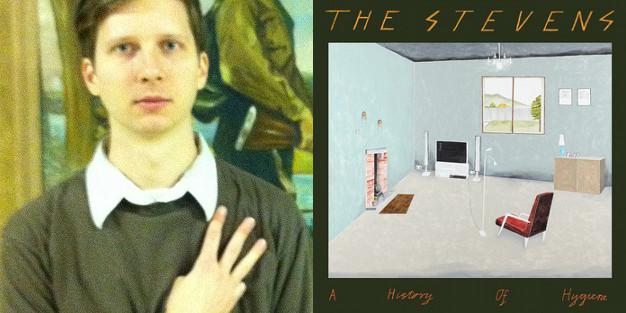