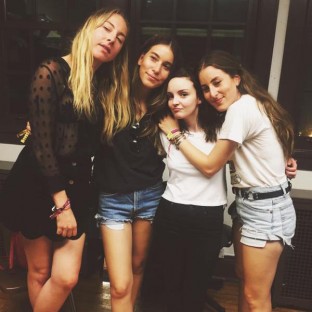 Lauren Mayberry is a member of CHVRCHES.  Their album The Bones of What You Believe is available now via Glassnote Records. You can follow them on Twitter here. HAIM is sisters Alana, Danielle and Este Haim.  Their 2013 debut album Days Are Gone was a critical and commercial hit and earned the band a Grammy nomination for Best New Artist.  They are currently at work on their second album and are touring with Taylor Swift.  Their website is here.  They’re on Facebook, Twitter and Instagram. Photo credit: Charlotte Zoller