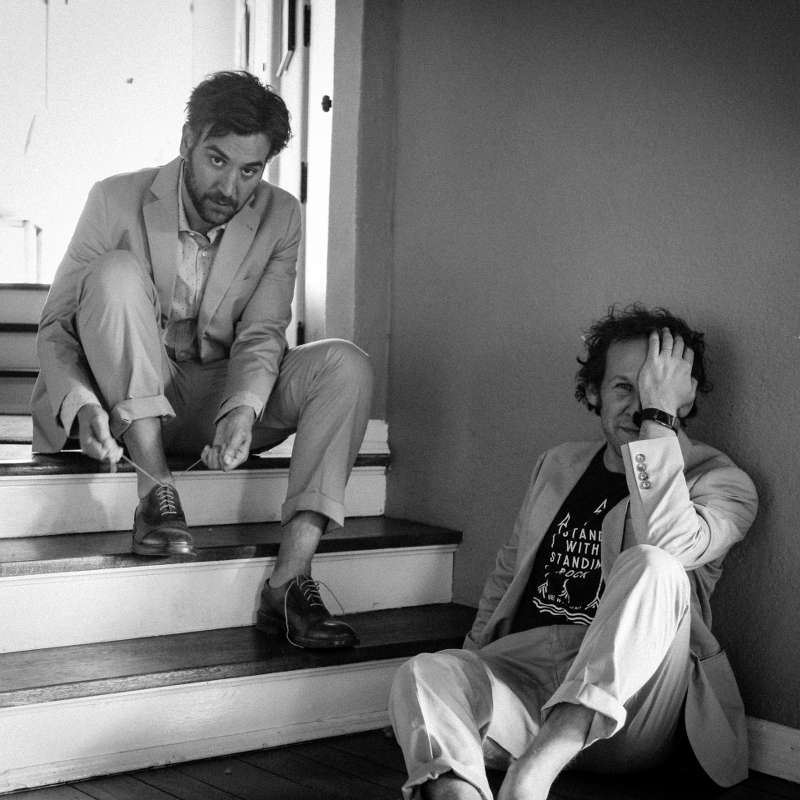 Radnor & Lee is a musical collaboration between Ben Lee and Josh Radnor. Friends for over a decade with a shared interest in spirituality and philosophy, they had always said they should write a song together. One song turned into ten and Radnor & Lee was born. After their first live show at Hotel Cafe, a friend described their music as “the intersection of pop and prayer.” Upon hearing this, their producer Ryan Dilmore dubbed them “singer-psalmwriters.” The songs are by turns witty, hopeful, yearning, joyful, searching and meditative, and their debut album, Radnor & Lee, is out now through GoldVE.

Ben Lee began his career as a young teenager in the early ’90s, in the Australian lo-fi punk band Noise Addict, who were discovered by taste-making artists Sonic Youth and the Beastie Boys. This began what is now an almost 25-year career of producing intelligent and spiritual indie-pop songs that have soundtracked Ben’s inner life in music.

Josh Radnor is best known as an actor, having played the central character for nine seasons on CBS’s Emmy-nominated comedy How I Met Your Mother. He has written, directed and starred in two feature films, Liberal Arts and HappyThankYouMorePlease, both of which premiered at the Sundance Film Festival, the latter winning the 2010 Audience Award for Favorite U.S. Drama. Radnor has also worked extensively on and off Broadway. (Picture by Cary Mosier.)

The man who is Dwight from The Office talks with two longtime friends about their new musical project, spirituality, comedy and creativity.