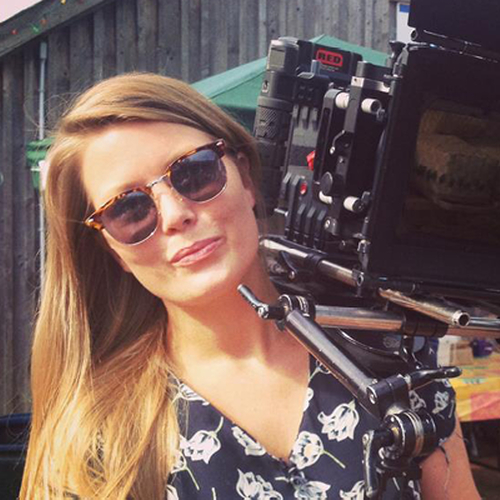 Drew Denny is an award-winning, internationally exhibited filmmaker, actor, musician and multi-media artist. Drew’s first narrative feature, The Most Fun I’ve Ever Had With My Pants On won Best Film, Best First Feature and Best Cinematography on its 50-festival run, earning her a spot in The Advocate’s “40 Under 40” list, where she was named “an auteur to watch.” She went on to direct six episodes for the launch of Vice’s Broadly – the most successful launch in Vice history – followed by an interview with Hillary Clinton and branded content for clients including Spotify, Interscope Records, and CBS. She is releasing a doc on CNN about NASA in Greenland, producing a documentary about legendary percussionist Sheila E, and developing a narrative series based on her documentary film Queer Habits. Find out more at her official website.