The City on Film’s 2005 debut album In Formal Introduction was my first student radio review. Sat upon the scratchy blue carpets of the concrete Starship Enterprise (otherwise known as Cardiff University’s Student Union), hidden away in the outer reaches of the galaxy (otherwise known as the 4th floor), under interrogation room-style strip lighting and surrounded by a bunch of aloof late teens in tweed and trench coats, a plastic jewel case was hurled in my direction. The City on Film is a solo project by Bob Nanna, frontman for the emo/post-emo bands Braid and Hey Mercedes, and the album proved of no interest to the Smiths fans draped across the plastic tables, so the task became mine. Sadly, the review remains a haze, the evidence lost somewhere in the memory banks of my burnt-out computer.

Until now, that was the last I’d heard of the City on Film. Immediately, the throat dried, the shiver rattled across raised goosebumps and the TEEN ANGST returned. Push the cassette in, press play, hear the click and bang, you’re hurled stirrup-first (anatomy lesson: a bone in the ear and the smallest in the human body) into the sonic equivalent of the establishing shot of a late-’90s/early-’00s teen flick. (Those movies had some great soundtracks — can you believe the Raincoats had a cameo in 10 Things I Hate About You?) The juice of the plot is provided by nine angsty stories, sent to Nanna by fans via his songwriting website Downwrite.com. With the help of bassist Kyle Geib and drumer Seth Engel (both of Lifted Bells, another of Nanna’s projects), Nanna transforms those stories into a cohesive teen-mo punk narrative, inviting listeners to join him in reliving the joys and growing pains of youth.

Nanna, now on the verge of 40, is by no means in denial about no longer being a carefree youth but he’s keen to revisit those years, sharing his own stories, as well as those of his fans, in lighthearted yet personal terms. In many ways, Nanna has come a long way since the 1998 release of Braid’s Frame and Canvas. For the past 10 years, he’s had a day job (from which he was recently laid off) working for a t-shirt company, written film soundtracks, toured with his wife as Jack and Ace, and endured a two-year long battle with lymphoma (the motivation behind writing “Kill It!” for a charity bike trek.)

The songs are wrapped in irony and there are blips when the realization of adulthood creeps through the layers of pimple-ridden youth — the staccato ending of “Take the Ghosts,” for example, and the alarm clock in “Remember to Breathe,” a cold awakening that prompts the protagonist to get out from under the sheets: “Under the covers, you just get older, so get up, get up, sad soldier.” This stands in contrast to the youthfully naïve talk of first love and endless hours in bed of “ZZZ.” Through the stories of his fans, Nanna is reliving the toughest moments of youth, the intense highs and lows, whilst releasing some of the ghosts of his past and accepting the next stage of his life: adulthood.

The album summons up a lot of summery, aquatic imagery for me — this is a feel-good album, and for those cold, dark winter days, any thoughts of the seaside or being carried away in the arms of the blue crests are a daydream most welcome. The album begins as “You Wild Thing (An Illuminous Life)” pulls you atop a sea of warm guitar riffs that never let you drop; you’re surfing across the whitecaps and whipping your hair around as you fly. That flows relentlessly into “Noise Machines,” easily the soundtrack to some teen TV drama set on a beach. These are tales of naiveté and lost best friends, but wait for the breakdowns, the moments of light relief, as Nanna lets you breathe. It’s a lighthearted tune, and as the sweet barbershop harmonies sneak in, it gives the impression that this album was fun to make.

“Take the Ghosts” begins with a nice kick, exorcising the ghosts of the past with the words “Take the ghosts, I don’t need them anymore.” The major chords and bright sounds simulate a swim through orange juice-filled swimming pools; feel the vitamins seep deep into your skin and remember what the sun felt like. The soft croon of Nanna’s wife Lauren LoPiccolo eases your mind further into the sweet scene.

“I Blindly” begins more somberly, showing that life at the beach isn’t always a walk in the park, but then the beautiful chords enter to ease the pain of teenage heartbreak. The highs and lows of the album easily mirror a summer romance, where you fall for the pool boy/girl, followed by fast, intense emotions. It’s easy to lose yourself in thoughts of youth and the roller-coaster of emotions that accompanies them. Nanna provides the safe and comfortable environment in which to do that, lulling the listener into a daydream, to raze the protective walls that one builds up over time and drift into a comfortable slumber under the summer night skies, stretched out upon sandy shores.

In “Remember to Breathe” Nanna takes things uptempo, raging into an indie-emo ballad about being blissfully unaware, cleverly weaving loaded lyrics into the traditional emo template. The track retains a certain boisterousness but as the rolling tarmac roads of power riffs flow by, it shows maturity in its structure and an uncanny ability to guide the listener’s emotions, their heart on a string leading to Nanna’s hand.

With “Easy Living Rooms,” it’s time to settle down, as Nanna paints the walls of the imagination with pastels of pleasantness faded by sun, sand and sea; it’s been a great vacation. And so the story shifts into the comfort of familiarity: “Like brand-new brides and grooms, we’re slow-dancing in living rooms,” Nanna sings in a slow, drawn-out manner. The tie-dye stretches thinly over to “NY Movie,” where, for the first time in the narrative, I find my concentration faltering as the comforting presence of the fairytale rolls on in the background.

The grand finale is “Andorra La Vella,” a personal ballad in which Nanna entrusts the audience with his own stories of heartbreak, tracing the scars of his younger years. It’s a pleasant end to the summer romance; now it is time to get back to the buzz and burr of the city. As the cold sets in, realization dawns: what was I thinking?! You realize that under normal circumstances you would never have gotten together, but it was pleasant all the same. And with the end of the holiday romance come some wise words: “Songs that take me back… they don’t even have to matter,” Nanna sings earnestly. Maybe it’s good to relive the innocence of youth once in a while and let go in a place where no one’s looking and no one’s judging. I enjoyed this little vacation. Perhaps I’ll return next summer. 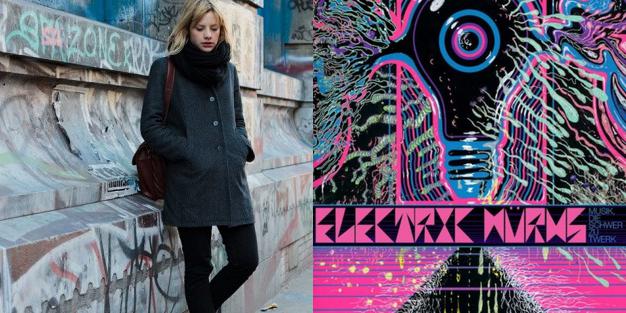 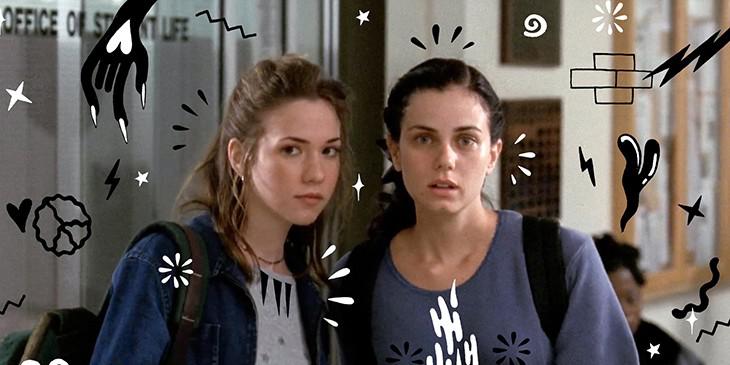