Jessica Hausner was born in Vienna, Austria in 1972. She studied directing at the Film Academy of Vienna where she made the award-winning short films, Flora (1996) and Inter-View (1999). In 2001, her debut feature film, Lovely Rita, premiered at the Cannes Film Festival in Un Certain Regard. She returned to Un Certain Regard with her second feature, Hotel, in 2004. In 2009, Lourdes was selected in Competition at the Venice Film Festival, where it was awarded the FIPRESCI Prize. Amour Fou was Hausner’s third film to be presented in Un Certain Regard, where it premiered in 2014. Little Joe, her English-language debut starring Emily Beecham, Ben Whishaw and Kerry Fox, is in select theaters through Magnolia Pictures from December 6.

During the shoot of my latest film, Little Joe, a psychological drama about scientists who are creating a flower whose scent is supposed to make people happy, we had difficulties with some of the locations. One important location was the “Planthouse,” the biotechnology corporation where the story takes place. After we’d already starting shooting interiors of the Planthouse, we lost the exterior location we’d planned to use for it. We were very limited in finding a new exterior location, as it had to fit with the interior footage that had already been shot. Everyone was stressed, especially me and my cinematographer Martin Gschlacht, who’s a frequent collaborator of mine. Since we always co-produce the films we make together – we have a production company together called coop99 filmproduktion – we are always also responsible for any financial problems that occur. Trying to solve our location conundrum before it caused a real financial issue, we called a meeting with all the co-producers working on the project.

The meeting took place after an especially exhausting day of shooting in Krems, a very picturesque Austrian town beside the river Danube. It was very hot that evening and the fairy-tale-like vineyards on the hills of Krems made the setting feel a little unreal, especially given what was to come. At the meeting, one of the co-producers immediately suggested that we use one of the buildings in Krems as our missing exterior location for the Planthouse. It clearly didn’t match our needs, but the idea was that we would ask Ruben Östlund, a director friend, to help with the CGI, as he had done things like this before. Another of our co-producers had declined to join our table for the meeting, and instead was hiding in the back of the restaurant, sulking and blaming everyone else for the loss of the original Planthouse location. Yet another co-producer, who was acting as if nothing had happened and we were silly to worry, was happily spending his time looking at the incredible list of regional white wines Krems is famous for.

That evening, I have to admit I was unsure if any of those producers would be able to take responsibility and act accordingly. Martin had the same feeling. At one point, he became so angry that he actually physically threatened one of the producers. He approached him aggressively, and the producer backed away, his face dark red with anger and frustration.

What could I do? The U.K. part of the shoot was over and we were now shooting in Austria, but the Austrian locations we had access to didn’t match the Planthouse interiors we had shot so far. If we’d wanted to look for new locations in the U.K., that would have meant suspending production, which was impossible because of the actors’ availabilities. Martin finally came up with a solution. The only practical thing we could do, he decided, was indeed to find a location in Krems, as we were already there. If we shot in Krems, we wouldn’t lose any time, we’d still have all our cast members, and we could stay on schedule.

We genuinely considered using the building the first co-producer had suggested as a (sort of) joke, although it didn’t match. We asked a director friend (but not Ruben Östlund!) to see if it would be technically possible to shoot at the Krems location and, if so, what CGI would be needed to make it work visually. The plan he came up with was expensive, but we had no other choice but to agree to it – to use a location that didn’t fit our needs and was very costly to adapt. In the end, the location looked good and the shoot there went well, but we were more than €100,000 over budget. Because of all this, the producer who, on that evening in Krems, had blamed everything on the other co-producers, finally claimed that Martin and I were responsible for the film going over budget. He quit the project just before the last day of shooting, saying that we never listened to him anyway. This resulted in our final day of production being a total disaster, as the producer who quit was also our line producer and we couldn’t find a proper replacement for him. What we shot on that last day never made it into Little Joe – it just wasn’t good enough to be included.

After all that happened, I swore to myself I’d never work with those producers again. At least, not with them in such positions of responsibility. It’s one thing to be someone who helps secure financing for a film, but the actual production of a film – the process of realizing its vision – is something that requires a completely different set of skills. You need a strange mix of intellectual and pragmatic talents. You need to be able to foresee problems before they even happen, to react to the artistic needs of the project without going over budget, to collaborate with others instead of pointing the finger at them.

I am looking for that sort of line producer at the moment … but that combination of talents seems rare and hard to find.

Jessica Hausner was born in Vienna, Austria in 1972. She studied directing at the Film Academy of Vienna where she made the award-winning short films, Flora (1996) and Inter-View (1999). In 2001, her debut feature film, Lovely Rita, premiered at the Cannes Film Festival in Un Certain Regard. She returned to Un Certain Regard with her second feature, Hotel, in 2004. In 2009, Lourdes was selected in Competition at the Venice Film Festival, where it was awarded the FIPRESCI Prize. Amour Fou was Hausner’s third film to be presented in Un Certain Regard, where it premiered in 2014. Little Joe, her English-language debut starring Emily Beecham, Ben Whishaw and Kerry Fox, is in select theaters through Magnolia Pictures from December 6. 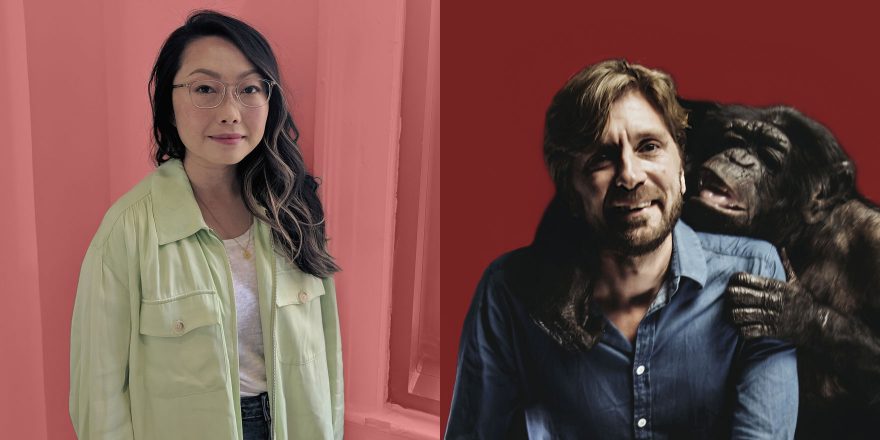 Lulu Wang Talks with Ruben Östlund for the Talkhouse Podcast