Amber Papini is a singer, songwriter and guitar player for Hospitality.

Looking at Thee Oh Sees’ gear, you’ll see paint-faded guitar pedals, scratched and dented drum heads, a keyboard covered in notes and tape, an intriguing tower of speakers and amps, and a vintage Space Echo. Those are signs of a well rehearsed, well traveled band — like their equipment, Thee Oh Sees’ music is worn-in and idiosyncratic.

I first heard Thee Oh Sees last year in the van while we were on tour. I loved their energy and musical agility. I remember hearing a fantastic rhythm section, lots of wonderful guitar riffs, high-pitched hollers and echo-drenched production. It reminded me of everything I loved when I first discovered garage and punk music, with the same frenzy and irreverence that attracted me to records by the Fall and Thee Headcoats. Thee Oh Sees’ new album Floating Coffin is full of manic variations, delirious highs and dreamy slowed-down lows. The songs suggest dual personas — part caffeinated dancer, part languid stoner — and Thee Oh Sees are at their best when they transition from an exuberant punk song to a laid-back dirge.

The bombastic opener, “I Come From the Mountains,” barrels through a little over four minutes without a rest. The next three tracks sustain that headlong momentum, then the hypnotic “No Spell” breaks up the restless energy — a nice repose. “No Spell” has one of the most dramatic openings on the record, a glistening, sustained wall of sound that dissolves into a mellow Neu-like trance.  The song’s mesmerizing rhythm and bass riff, coupled with the mantra-like falsetto vocals, show the sensual side of Floating Coffin.

There’s a range of rich timbres on the record. In “Toe Cutter,” John Dwyer’s fuzzed-out guitar sounds reedy, like thick bass saxophones. The dreamy, partly distorted flute solo in “Tunnel Time” drifts and dances over the guitar-and-bass riff. There are rich and decadent sounds, such as the guitar theme in “Maze Fancier” and the glam rock, T. Rex-like “Night Crawler.” The swirling guitar solo that ends “Strawberries 1+2” is sludgy and thick, taking its time like a stoned midsummer bicycle ride. It’s unusual for garage rock to have such decadent colors. Thee Oh Sees aren’t simply plugging their instruments into vintage amps and relying on charisma and performance alone — they’re creating visceral, sensual sound-worlds.

Night terrors and dead children are some of the lyrical themes on this record. In the song “Sweet Helicopter” the words are ridden with images of war: “Slayed in pairs… young and dead in the dust, I look down and see them looking up,” singer Brigid Dawson intones in a high-pitched, staccato voice, eerily robotic and impersonal, as if to distance itself from the horror of what she’s saying.  The violent imagery is haunting and evocative, but it’s not clearly heard: The vocals are mixed low, so the words sometimes get lost. There’s something ghostly about the way they float above the band, inarticulate and secretive, adding an odd and mysterious element to the music.

But the most interesting thing to me about Floating Coffin is how the band manipulates speed and energy — in a moment they shift from really fast to really slow. For example, “Strawberries 1+2” transforms from a raucous banger into languid sludge rock. The ability to turn on a dime shows Thee Oh Sees are good at jamming. Their secret weapon is drummer Mike Shoun, whose sensitivity and compositional instinct make those transitions sound fluid and effortless.

Though Floating Coffin‘s strength is in extreme tempo changes and rich production, there isn’t a lot of variety between the songs themselves. With the exception of a few, most are punk rock bangers. I kind of wish they’d explored more psychedelic jams like “No Spell” and “Strawberries 1+2.” But that same explosive energy is what has defined Thee Oh Sees for so many records and so many years of touring. It’s probably why they sound fantastic live — broad strokes are far more convincing in unpredictable sound environments than nuanced, fussy arrangements are. And there is no fussiness in Floating Coffin. It sounds decisive and strong. I guess that’s what allows them to make lots of records in a short amount of time. (Thee Oh Sees have released nine albums since 2006.) I know from personal experience with my band, when we stop and think too much, the inspiration gets lost and we end up wasting a lot of time trying to figure what the point was. Thee Oh Sees get right to the point.

Amber Papini is a singer, songwriter and guitar player for Hospitality. 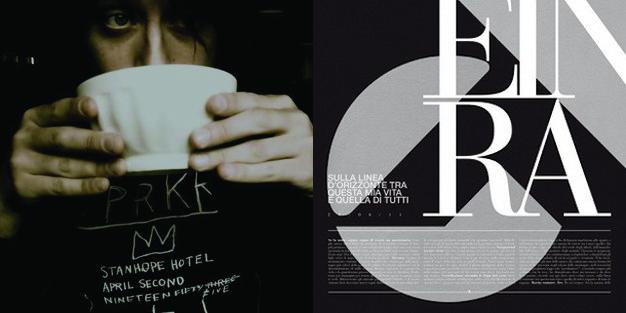