Michael Gallagher is an award-winning filmmaker and digital media pioneer. He first gained recognition for creating the hit comedy series Totally Sketch and co-founding Maker Studios. In 2014, Gallagher was the grand prize winner of Guillermo Del Toro’s “House of Horrors” Short Film Competition, which landed him a script deal at Legendary. The Thinning, the first film Gallagher co-wrote, directed and produced for the studio, sold to YouTube Red in 2016 and became an instant hit. Gallagher’s other films include the mockumentary Internet Famous and the teen horror Smiley. His latest film, Funny Story, premiered at Slamdance and is in select theaters and on iTunes from May 24.

I don’t play the lottery. I never buy scratchers. I don’t go to Vegas. I never put money on sporting events …

I only bet on one thing: myself.

On May 24, at age 30, I will be releasing in theaters Funny Story — my fifth feature film which I’ve fully financed with the profits from my other projects. The only reason I am able to say this is because, time and time again, I’ve been at a crossroads where I’ve had to decide: Do I continue down the paved, well-lit path or do I grab a machete and create my own?

I started making short films when I was in the fourth grade. It was an accident of sorts. My teacher Ms. Hurd gave my class the option to turn in a video in lieu of a conventional essay for our weekly book report. Fueled by my contempt for writing in cursive, I jumped at the chance! I made a comedic re-enactment — one that I wrote, starred in, and edited (on iMovie v.1). When I turned it in, I was shocked to discover I was literally the only one who had made a video. And Ms. Hurd announced she was going to show my video to the entire class… *gulp*

Unbeknownst to me, I had taken a big risk. I was also about to experience the first public screening of my “work.” If this went poorly, it would be really bad. What was I thinking?! When the analog TV was wheeled out and my homemade VHS presentation popped in, I thought I was going to pass out. But then it started to get laughs — big laughs. Intentional laughs!

When the credits rolled, everyone clapped! Kids were saying, “How did he do that?” I felt like I had pulled off a magic trick. Instead of being shrouded in embarrassment, my peers started asking me if I could help them make their own videos.

Fourth grade left me with a valuable lesson:

Let’s skip over to 2007: I was 18 and had been making local commercials and music videos that had aired on MTV2. Although these gigs allowed me to pay for my first-year tuition at Loyola Marymount University, I still needed a job to keep up with the cost of higher learning. Enter Mahalo, an internet startup founded by successful tech entrepreneur Jason Calacanis. It boasted prestigious investors like Mark Cuban and Elon Musk. At the time, I had never heard of any of these people. I was a movie kid, not a tech savant. I blindly applied for the gig on Craigslist, had a meeting a day later and was hired the next week. I immediately started producing, writing, filming, editing and distributing a daily video series. I began part-time, but was soon offered a full-time position, with an additional stock option. The salary was more than what I was paying to go to university. The catch: I would have to leave school in order to handle the workload.

I left Loyola after my first semester and dove in head first.

After a year of grinding out daily videos, I had learned a lot, but was feeling unsatisfied. I was working long hours, churning out tutorials, news shows, interviews, but was not telling stories that moved people. I was simply servicing verticals. The silver lining was I learned all about SEO (search engine optimization) and how to amass a large audience online. YouTube was in its infancy but had recently launched its “partner program,” which split ad revenue with video creators. If you could amass millions of views, you could earn thousands of dollars – or more – through branded content, sponsorships and product tie-ins. Comedy worked well because it was likely to be shared and had a better chance of going “viral.”

Knowing this, I created my own YouTube channel, Totally Sketch, a weekly sketch show that took advantage of YouTube’s annotations by crafting “choose-your-own-adventure” stories leaning into the genre of relationship comedy. I didn’t see this as a calling card — I saw it as an opportunity to be my own boss, by doing what I loved. While YouTube was overflowing with personalities, not many filmmakers had stepped behind the camera and distributed their work on the platform. Vimeo was the prestigious place to be, but without ads, there was no infrastructure there to pay creators. I had saved up the money I wasn’t spending on tuition and done the math: I had enough money to survive for roughly six months. Should I take the risk and quit my job to start my own web series?

My first video on Totally Sketch racked up a million views — in less than a week.

For the next few months, I was releasing weekly sketches on YouTube that I wrote, directed and produced. Utilizing Google trends and SEO, I crafted my comedy the same way Saturday Night Live does — by targeting topical news and click-worthy subject matter. The sketches continued to get millions of hits and some videos were going crazy viral. A music video parody highlighting our newly elected President Obama surpassed four million views in a week and was featured on The View! Other YouTube stars began reaching out to see if I would make premium content for them (the YouTube world is surprisingly similar to my fourth grade class in both approachability and sense of humor).

Then in May of 2009, I caught the eye of entrepreneur Dan Zappin, who offered me a position as a director, writer, editor, producer and creative executive at a new venture he was starting. The top stars of YouTube were coming together to create a new media company. They were taking over the world of internet video and it was going to change Hollywood and be unequivocally “dope.” But this meant pressing pause on my own channel to help start a flashy new company. The idea of being an industry disruptor, working with top stars on the platform I had just joined, making comedy videos I could help shape and getting paid – in both salary and equity – felt too good to be true. Even though I had just begun to see revenue, should I halt Totally Sketch to help create a video-driven new media company?

The crazy success of Maker and Totally Sketch (which went on to amass 1.2 million subscribers and half a billion views from a couple hundred videos) afforded me the opportunity to pursue a career doing what I had initially set out to do from the beginning: make feature films. A fellow Maker alum, Glasgow Phillips, wrote a teen horror film, handed it to me and said, “I just wrote your first feature film.” It was designed to star all the top YouTube creators of the day. It would target their audiences directly and we’d sell it online — a totally new idea at the time. While every financier thought we were crazy, I was convinced this was a surefire hit. Even so, should I invest all the money I had to finance my feature film debut?

Smiley was released via AMC Independent in 28 theaters and 14 markets to tough reviews, a full-on cyber attack by 4chan (who leaked the film online a week before the release), and little-to-no box office. I was 22 years old, and the house had won.

I was brave. I was bold. And I got crushed.

Even though I swung big and missed, I found myself with a bit of a calling card. The trailer had gone viral with 38 million views. I got calls from the big management companies and talent agencies. Movie studios were interested in hiring me and willing to finance my next project. They saw potential in our little microbudget (under $200K) film and despite the reviews, people thought I got great performances from the “influencer” talent. Turns out, my bet did pay off — just not in the way I thought it would.

I became the go-to filmmaker for anyone wanting to cast digital stars in feature films. I started my production company Cinemand with producing partners Michael Wormser and Jana Winternitz. We quickly got green lights on series and multiple feature films that I directed virtually back-to-back: Internet Famous, a mockumentary comedy for Lakeshore, and The Thinning, a YA dystopian thriller for Legendary. The latter sold to YouTube Red and became their most successful film on the streaming service. They quickly ordered a sequel.

Even though I found success in this niche, I was very much backed in a corner. Unless digital stars were involved, I couldn’t get in the room. At this point, despite having made several feature films that had been profitable, I was pigeonholed. How are you supposed to show people what you can do if no one will give you the opportunity?

I decided to write a personal script. Something messy and complicated about a vulnerable time in my life — exploring the theme of forgiveness through the lens of a broken family desperate to connect. I wanted it to be funny, surprising, and made with love. Go into it with no preconceived notion for marketing plans, distribution or how to turn a profit. I wanted to make something pure. Something that could, again, be made for a budget low enough that I could fund it myself. Something brave. Something bold. A chance to bet on myself.

I am happy to say that bet is called Funny Story and it’s out in theaters and through iTunes May 24. It’s a film that’s traveled the world, played numerous film festivals, won 16 awards, received rave reviews and most importantly, connected with audiences and moved people.

Michael Gallagher is an award-winning filmmaker and digital media pioneer. He first gained recognition for creating the hit comedy series Totally Sketch and co-founding Maker Studios. In 2014, Gallagher was the grand prize winner of Guillermo Del Toro’s “House of Horrors” Short Film Competition, which landed him a script deal at Legendary. The Thinning, the first film Gallagher co-wrote, directed and produced for the studio, sold to YouTube Red in 2016 and became an instant hit. Gallagher’s other films include the mockumentary Internet Famous and the teen horror Smiley. His latest film, Funny Story, premiered at Slamdance and is in select theaters and on iTunes from May 24. 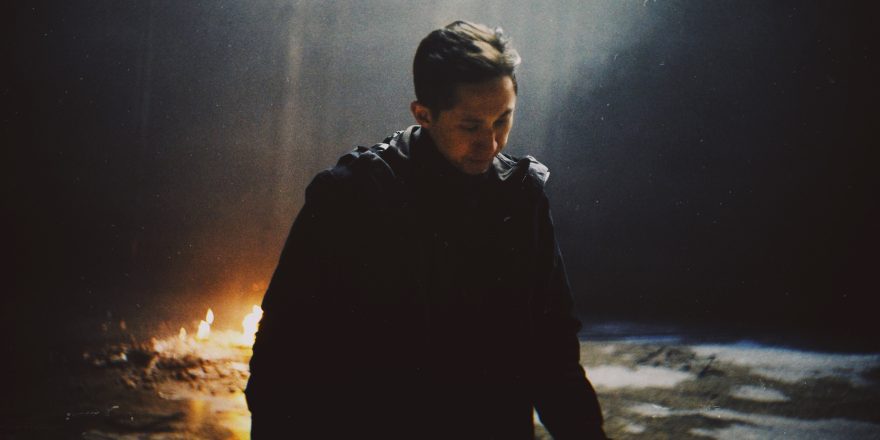