Adam Wingard’s The Guest is the kind of movie that lazy critics often write about in a lazy way. It has become commonplace to categorize those movies that reference the collective output of another era as mere pastiche, and for writers to dazzle us with their knowledge of film history rather than focus on such movies’ unique elements. It’s a perplexing mode of critique, as if knowing that a filmmaker is well versed in the same things that you are makes you somehow superior to the average viewer, and superior perhaps even to the filmmaker, because you were clever enough to catch them trying to pass off old ideas as their own.

This isn’t anything new. French films from the 1960s reference American noir of the ’40s and ’50s. Brian De Palma’s 1970s movies reference Hitchcock films of the ’50s and ’60s. And now, I guess, movies from the 2010s are starting to reference the ’80s, and Adam Wingard is one of a number of filmmakers whose work I’m very fond of who are operating in precisely this mode. Directors such as Wingard and Ti West are guys like me, and I know this only from watching their work and realizing that we probably all once rented the same heinously violent trash from the video store and allowed it to shape our ideas of cinema. I am envious of Wingard (and his writer and collaborator Simon Barrett) and West for internalizing these films and successfully creating personal, idiosyncratic work that can compete aesthetically with the works I assume we all loved at around the same time.

Wingard’s previous film, You’re Next, was, to me, exactly right. Between the time You’re Next premiered and when I finally saw it on opening night at my local multiplex, it was repeatedly hyped up to me as exactly the kind of thing I was sure to enjoy. People who know me well know that I really mostly care about horror, genre and “low cinema” and that if I had my choice between an ’80s slasher film or a highfalutin, rare cinephile’s delight, I’d go where the gore is. This year, I was at Sundance for the first time ever and was eager to delve into the midnight section. The Guest was the first film I saw at the festival and I was happy to find that the reputation of these midnight screenings was not exaggerated; the energy was through the roof and the atmosphere thoroughly enhanced the film.

The Guest is great because it’s more than just the sum of its parts. It’s got a handsome guy (Dan Stevens) fucking up a bunch of people, so people compared it to Drive, which was itself compared (fairly and unfairly) to Walter Hill’s The Driver and a bunch of Michael Mann movies. Drive was pretty cool and exciting, but The Guest is really and truly its own film. I suppose it’s not unfair to be excited by a classy font reminiscent of vintage John Carpenter credits or a synth score that wouldn’t sound out of place in any Cannon Films title, but that kind of appreciation is just reductive, and discussing The Guest in relation to its (obvious) forebears only does the film and its audience a disservice.

Wingard is wise enough to know not to overstep his bounds; much of The Guest is simple and not flashy and the story is familiar. It follows a returned veteran who comes to live with the family of a soldier killed in his unit. Things get violent and then, about halfway through, the film unveils a hitherto unforeseen additional element when it cuts abruptly away from its initial Rolling Thunder/Welcome Home, Soldier Boys, disturbed-veteran-on-violent-rampage territory to what is essentially called “The Institute” and suddenly the film feels like Barrett and Wingard suddenly remembered how amazing De Palma’s The Fury and early Cronenberg were as well. It’s smart to think that viewers of cult cinema (who tend to be well versed in all facets) would assume a “show me something I haven’t seen before” attitude, and the film delivers by mixing the wounded-veteran narrative with the escaped-subject narrative, to my complete satisfaction and delight.

You can, much like Edgar Wright — whom I view as a sort of spiritual godfather to this type of cinema — make all your favorite kinds of movies, and still just make your own kind of movie. With a straight slasher flick and now an ubermensch thriller under his belt, Wingard evidently wants his section at the great video store in the sky to be as diverse as whatever comes to define “cult” cinema in the years to come. If Dan Stevens in The Guest is perfecting his version of Joe Don Baker, then I look forward to whoever one day plays Wingard’s Bronson, or his Stallone, and so on. There’s something deeply admirable and jealousy-inducing about filmmakers making exactly the sort of movies that they obviously enjoy watching the most. 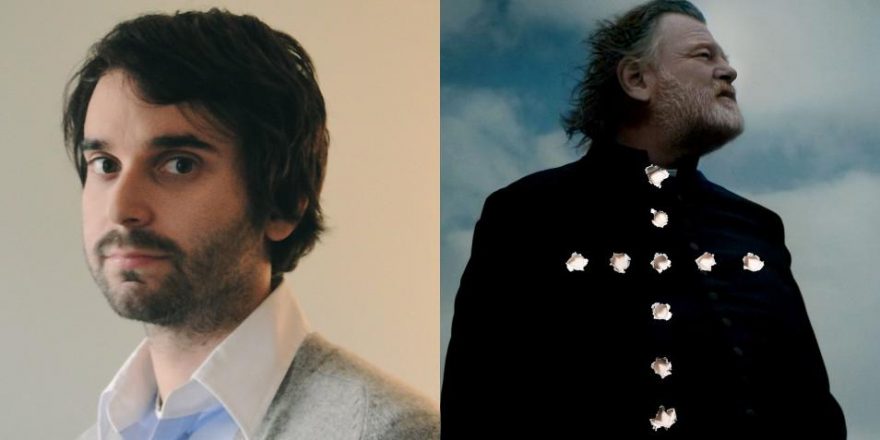