Karen Cinorre is a writer-director living in New York City. Her latest film, Mayday, an action fantasy starring Grace Van Patten, Mia Goth and Juliette Lewis, is out now through Magnolia Pictures. Her work has shown internationally at such venues as the New York Film Festival, Rotterdam Film Festival, and Opera Centrum Amsterdam. In addition to Mayday, she is also currently working on a documentary called The Last People. (Photo by Brigitte Lamombe, courtesy Magnolia Pictures.)

Day 1/ EXT. BEACH CROATIA
4 a.m. Pitch dark. We are in a van lurching down a dirt road towards the beach. There are two enormous equipment trucks ahead of us, and a long motorcade follows behind. Next to me, my 1st A.D. Jura studies the shot list in silence. His real name is Dragan, but I’m not allowed to call him that – he hates it.

We get there and I head straight to the espresso machine where I find our production designer Ivan, gleam in his eye, chain-smoking Lucky Strikes. We smoke several together then Jura scolds me for smoking, as he himself begins smoking. I call him Dragan and he curses in Croatian. It’s time to shoot this movie. I wonder at this moment if I have died and gone to heaven.

The sun rises on the beach. We all discuss the shots we need to get that morning. I look over my shoulder at the ocean and see Franc, a 60-year-old man from the art department, shirtless in the waves, trying to lash Ivan’s beautiful submarine hull into place. I realize he has been there all night. Tears well up in my eyes. I love Franc.

Day 13/ UNDERWATER
We need to shoot every underwater scene in one day. Our location is an Olympic-sized public swimming pool covered by a ballooned dome, which is kept aloft by a massive generator. The result is leaden humidity with an all-enveloping odor of truck exhaust. I wonder if this is what Hell smells like.

My concern about the fumes vanishes when I am introduced to a cheery man in full scuba gear named Cookie. He is our underwater camera operator. Grace and Theo arrive. Grace prepares to hurl herself into the water from a high-diving platform, fully dressed. We watch Cookie’s submerged feed on the monitor. She dives, and we learn that Grace is Esther Williams. No, we learn that Grace is better than Esther Williams. It’s breathtaking to watch her. But it’s hard for Cookie to follow – water is tricky, so Grace goes again and again until we get the shots. Theo’s turn. He joins Grace underwater and they proceed to enact one of the sweetest scenes in the movie.

Two more scenes to go – a submarine sinking, and a fleet of underwater sirens celebrating.

Day 14/ EXT. FIELD
Time to shoot the dance number. I’ve only rehearsed with the dancers once, late last night after shooting out the pool. I’m going to have to wing this.

The location is a cow farm pasture. This morning it is covered in very fresh cow manure. We begin. Our lead dancer twists his ankle during a rehearsal. He tells me he can still dance, but I don’t want him hurt any further, so he limps off to our on-set medic. We shoot all day. The terrain continues to work against us and everyone is exhausted. We need to get our last shot, but we are losing the light. The lead dancer comes back in – his ankle feels much better. Grace leaps through the air. He and three other dancers catch her, then gently lower her down to sleep in the field. Before backing away, he rests his hand on her leg for a split second to settle her safely.

DAY 17/ INT. SUBMARINE INTERIOR SET
Juliette Lewis arrives in Croatia. As she waits to make her entrance in her first scene, she sees how tired we all are. She says, “You know what we need? We need to go dancing.” And that night we do. And we feel lighter and freer and ready to face the next day together.

DAY 22/ EXT. OCEAN
Today we shoot Grace drowning in a dangerous storm. We head out before sunrise in two boats. The sky is cloudless, the water still as glass. Grace will have to create the storm with the sheer force of her acting talent. She asks me if there are sharks in Croatia. I consult our Croatian safety diver. He says no, but if one does come, he will sacrifice himself into its jaws to save Grace. That calms her. She jumps in and convinces us she’s drowning in the storm of a lifetime. As we head back to shore, we see a giant sea turtle off the side of the boat. Our diver explains she is returning home from a long journey.

Day 25/ EXT. CLIFF
Today Grace will jump off a cliff into the sea. We rehearse. It’s an insanely tricky stunt. Out of nowhere, an elegant man traverses down the steep cliff. He holds a perfectly balanced tray of espressos above his head. This is Dario. He has been with us every day of the shoot. Now everyone is smiling. We look out over the windy ocean. It shimmers.

Time to shoot. Grace takes off running. A team of seven people run behind her: Sam the D.P. (with a monitor), Damjan the MōVI operator, two camera assistants, two grips, and the boom operator. Grace is running fast. Too fast. Damjan turns his ankle in a dip on the path. He insists we go again right away “before it swells up and I can’t run anymore.” The set medic gives us the OK and we go again. I love Damjan.

Grace nails the jump and the team returns. The boom operator rushes to me and says, “This is wonderful. We are all of humanity running with her!”

That night, I text Ivan the production designer at 1 a.m. I know he’s awake because he’s too nervous to sleep when the Croatian winds howl this much – the submarine set is vulnerable. (A few days later, the wind they call “Jugo” will indeed rip it to shreds.) I type, “It’s not on the schedule, but can we shoot the supernova explosion/implosion in camera?” I press Send. I wonder when and how Ivan is going to kill me.

DAY 30/ INT. SUBMARINE INTERIOR SET
We are in a freezing cold warehouse. Ogi, our unit manager, tells me nicely not to smoke so close to the portable heater.

We have only one take to shoot the submarine’s destruction. It will collapse around Mia, Soko and Havana as they watch Grace on the radar, swimming through the storm. Drago, our always mysterious special effects pyrotechnician, has rigged the set so water will rush in from every side along with sparks from various explosions. The actors arrive. One Take Only. Their performances are devastatingly perfect. We are all in tears watching as the submarine implodes around them.

Ivan appears by my side. With a glass eye-dropper, he releases a single drop of red pigment into a tray. The droplet expands, then implodes into a million tiny magical shards. A supernova. He smiles and says, “We can do it. It’s just alcohol and water.” Now I’m sure I have died and gone to heaven.

Karen Cinorre is a writer-director living in New York City. Her latest film, Mayday, an action fantasy starring Grace Van Patten, Mia Goth and Juliette Lewis, is out now through Magnolia Pictures. Her work has shown internationally at such venues as the New York Film Festival, Rotterdam Film Festival, and Opera Centrum Amsterdam. In addition to Mayday, she is also currently working on a documentary called The Last People. (Photo by Brigitte Lamombe, courtesy Magnolia Pictures.) 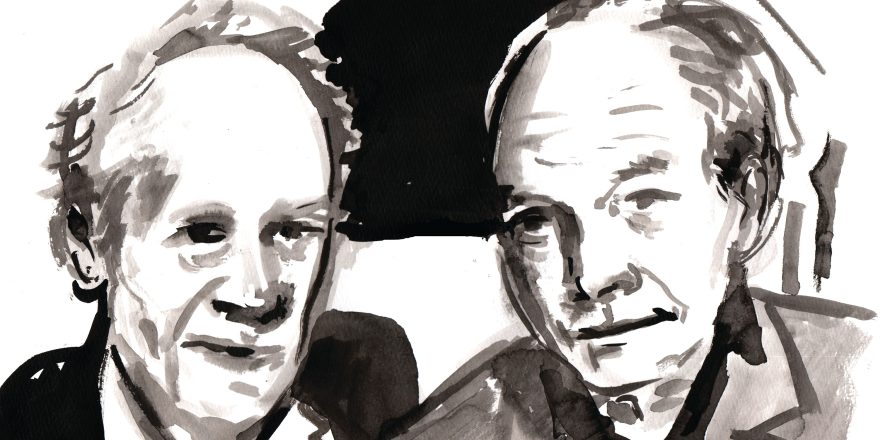 “Art Doesn’t Save the World or Save Anybody”: An Excerpt From Luc Dardenne’s Diaries 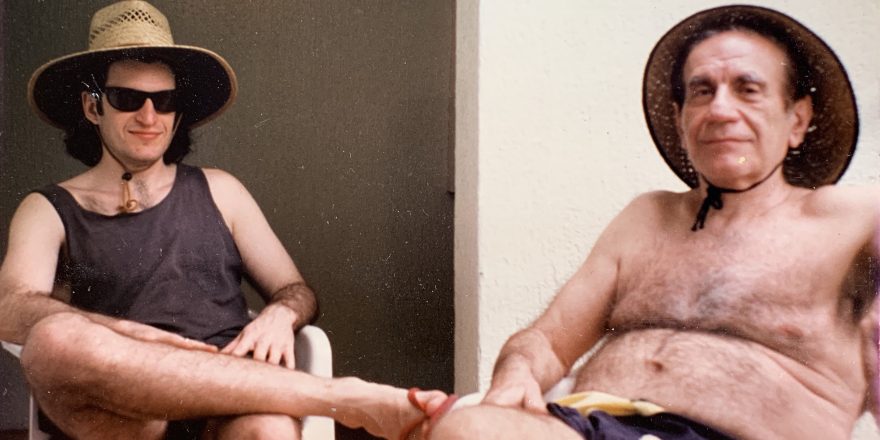 A Man Doing the Most Basic Thing, Breathing 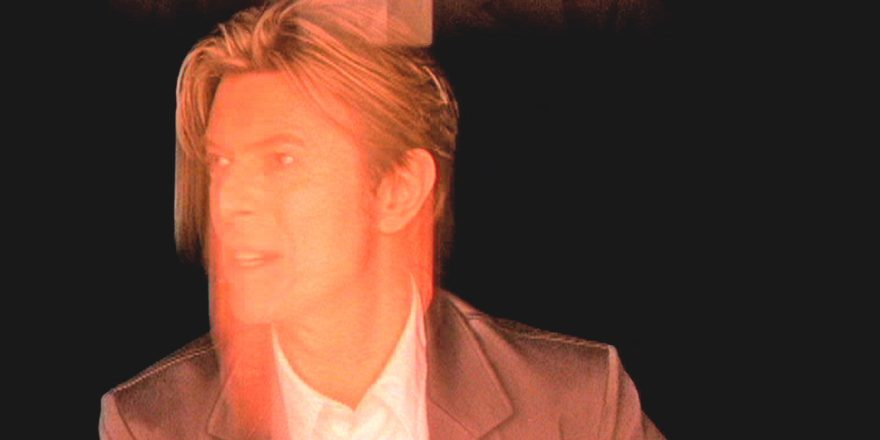