Shola Amoo’s debut feature was a multimedia film called A Moving Image, which received the Special Recognition Award at the Blackstar Film Festival in Philadelphia, had its European Premiere at the BFI London Film Festival 2016 and was released theatrically in the U.K. in 2017 through Verve Pictures. Shola’s second feature was the drama The Last Tree, which premiered at Sundance 2019 in the World Cinema Dramatic competition. The film was released theatrically in the U.K. through Picturehouse Entertainment and opens virtually via BAM from June 25. The Last Tree received the Best Screenplay Award from the Writers Guild of Great Britain and won two British Independent Film Awards: Most Promising Newcomer for Sam Adewunmi and Best Supporting Actress for Ruthxjiah Bellenea. Shola’s latest project, a VR experience called Violence, recently premiered at Cannes XR.

The concept of being a Black Brit is an interesting idea. The legitimacy of it varies from person to person, from urban to rural environments, as it lucidly – like most ideas – tries to take some kind of corporal form. A conversation around identity in the U.K. can never end with the concept of being Black and British; that is only an appetizer for the bigger questions to come. For many in the community, that is a frustrating reality laced with negative racial connotations and the notion of not being “truly British.”

Cultural identity is a reoccurring theme in most of my work, most personally in my latest film, The Last Tree, an exploration of a young Black teen’s search for a sense of himself after being fostered by a white parent. The film is semi-autobiographical, drawing on some of my own person history, but also the experiences of other British Nigerians who I interviewed who had the same type of interracial foster care. In fusing our stories together, I created a “new reality,” one that enabled me to explore the concept of cultural identity through a unique lens.

Cultural theorist Stuart Hall, in his essay “Cultural Identity and Diaspora,” formulated two distinct ways of looking at the subject: The first being the idea of “one true self” hiding amongst a collectivized understanding of a shared history and ancestry. It’s the second part, though, that I think expertly highlights the diasporic condition. Hall states: “[A]s well as the many points of similarity, there are also critical points of deep and significant difference which constitute ‘what we really are’; or rather – since history has intervened – ‘what we have become.’”

This is particularly salient in the context of those whose histories have been disrupted by the destructive forces of slavery and war. It also has resonance with those who embarked on unforced migrations. This second definition enables identity to be a fluid, ever-changing nebula, unmoored from fixed coordinates. From Hall’s lens, cultural history is rendered as “becoming’ as well as ‘being – subject to the continuous ‘play’ of history, culture and power.”

For the children of the African diaspora, this theory holds philosophical empowerment and practical traps. Societies built on anti-blackness and structural racism don’t really have time for such beautiful, nuanced interpretations, instead they set binary conditions for Black bodies that are in search of that ever-elusive word: power.

Growing up in South London, I saw how the education system failed a whole generation in its inability to teach African history, in and out of the context of colonization. That was something I had to learn independently. Even more shocking, though, was the system’s failure to teach British history sufficiently. That too was something I learnt independently. Through this knowledge, comes a better understanding of a cultural context and one’s implied position within it. This is the sort of ambrosia some of my peers could have used to empower themselves in the light of the systemic pressures they faced – but it was absent from the curriculum. This is what inadvertently inspired me to seek out cinema growing up, the thirst for a different narrative.

So, with the absence of historical knowledge, how does a young Black kid perform the act of self-actualization under the glare of the socially conditioned spotlight?

Much has been made of the power of representation in all spheres, but especially in the media. I often find it interesting to hear some of the platitudes in the U.S. about racism in the U.K. not being as prevalent. It seems the Black British story is not as ubiquitous as it needs to be. Why? Have our stories been downplayed by the establishment, to enable a feeling of moral superiority over the U.S.? Surely not, it’s all there in the hallowed halls of history (albeit not in our schoolbooks), but the boycotts and race riots shaped modern Britain into what it is – and yet our fight for justice has lacked the same poetic punch on the international stage.

Is it because of the proliferation of interracial relationships? This led Samuel L. Jackson to sarcastically say that “there’s only about eight real white people left in Britain,” a joke I 100 percent endorse, because it’s funny as fuck.

Whatever the reason, a series of clear social failures seem to be eroding that perceived serendipitous nature of Black British Life. From the police shooting of Mark Duggan and the 2011 riots that followed. To the disaster of the 72 who died at Grenfell Tower, a racial melting pot of different cultures and identities. To the Black British citizens deported by the government in the Windrush scandal. Finally, to the disproportionate death rates from COVID-19, which has led to Black people dying at twice the rate of their white counterparts.

I said “Finally” to land my point, not because there isn’t still more disproportionate trauma to come. Especially when considering the fact that the government has failed to provide answers or convictions for the aforementioned tragedies.

The realities of Black British life have been made plain but today there are new technologies and platforms to ensure that these stories are represented to the fullest.

The Last Tree is a piece of a much larger puzzle, and which offers a much-maligned perspective a voice. Other artists working within a similar refrain include Cecile Emeke, whose documentary web series Strolling displays unearthed gems of the Afropean narrative, and indie production company black & brown films, run by Cassie Quarless and Usayd Younis, whose documentary Generation Revolution vividly captured the urgency of the Black Lives Matter movement in the U.K.

The Last Tree isn’t an overt story of racial terror but it is one of a young Black man trying to find himself and self-actualize, becoming one with his history and embracing his power. The sad truth of it all is, on both sides of the Atlantic that remains a revolutionary act.

Shola Amoo’s debut feature was a multimedia film called A Moving Image, which received the Special Recognition Award at the Blackstar Film Festival in Philadelphia, had its European Premiere at the BFI London Film Festival 2016 and was released theatrically in the U.K. in 2017 through Verve Pictures. Shola’s second feature was the drama The Last Tree, which premiered at Sundance 2019 in the World Cinema Dramatic competition. The film was released theatrically in the U.K. through Picturehouse Entertainment and opens virtually via BAM from June 25. The Last Tree received the Best Screenplay Award from the Writers Guild of Great Britain and won two British Independent Film Awards: Most Promising Newcomer for Sam Adewunmi and Best Supporting Actress for Ruthxjiah Bellenea. Shola’s latest project, a VR experience called Violence, recently premiered at Cannes XR.

black cinema
film essay
racism
Shola Amoo
The Last Tree
The Way We Get By: Matt Sharp Is Loving the Escapism of ZeroZeroZero
In Conversation with Jake Shears and Rod Thomas 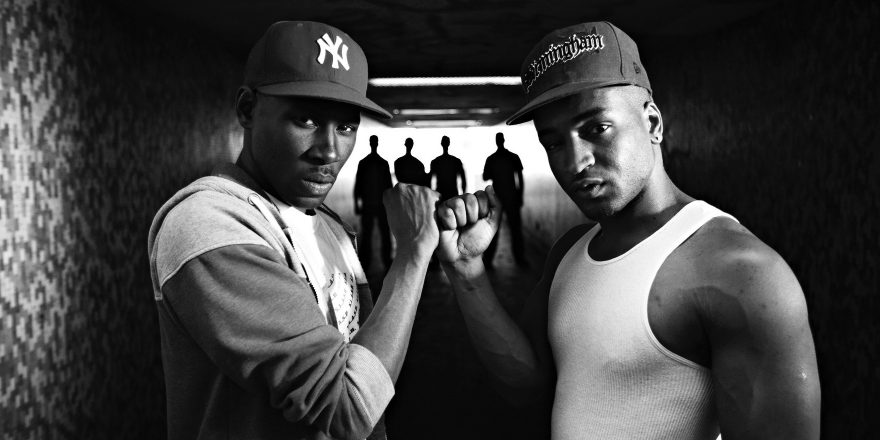 What Making Films in the U.K. Taught Me About Brexit