Inspired by a background in classical percussion and an obsession with synthesizers, Jeremy Malvin creates music under the name Chrome Sparks. A Pittsburgh native who now resides in Brooklyn, Jeremy cut his teeth playing in Stepdad and Miniature Tigers and with Rich Aucoin. Jeremy kicked off his solo project Chrome Sparks in mid 2012 with the track “Marijuana,” a thumping, fluttering piece of synth-centered bass music that unexpectedly set the internet alight. His new EP Goddess is out April 29th on Future Classic.

Giving Kelis’ sixth album its first listen while driving through lush Californian mountains in a van with a tinny sound system works strangely well — the record’s ’70s vibe renders it sub-bassless, and the little speakers flatter TV on the Radio mainstay Dave Sitek’s retro production techniques. Sitek’s palette on this record is largely limited to sounds derived from Fela Kuti, James Bond throwback tracks, and many funk records of the ’70s, which I would usually freak out about, but Sitek finds a way to leave me unsatisfied.  On second listen in a quiet room with studio headphones, the hi-fi subtleties sound fantastic, and the crispness of the orchestrations for horns and strings are apparent, but that does little for the overabundance of lifeless tracks on this album.

With “Jerk Ribs,” Food gets off to a very groovy start: An Afrobeat-inspired drum pattern and bass line open the song, but then Kelis’ smoky vocals start crooning some painfully shallow words: “The bass vibrates right through me/The brass, the strings, I love everything.”  I’m a huge fan of Kelis’ vocal quality.  Her voice is complex and warm, but when a beautiful voice has nothing to say, it loses its appeal.  Then we’re quickly introduced to the horns, which become an all too familiar presence throughout the rest of the album.  What really bakes my biscuit is that while TVotR had some of the tastiest horns of any group I listened to in high school, for some reason, that spare use of brass is no longer in Sitek’s musical Rolodex. Food is so oversaturated with these horns that instead of adding to the songs, they diminish their potential.

The following two tracks, “Breakfast” and “Forever Be,” take a turn for the worse.  Oozing with wannabe pop sensibility, they are awkwardly vocal-heavy and over-layered with synths, strings, and those fucking horns, causing the potentially rich arrangements to sound cacophonous.  After this, the songs start to work their way back to being as enjoyable as the opener, although that level isn’t ever attained. but just as quickly as it got me moving, it annoyed me before I subsequently lost all interest.  A select few tracks that go for it in the beat department really do make you bob your head, but the undoings lie within forgettable songwriting and the uninspiring instrumentation and mixing.”Cobbler” begins with one of the most infectious percussion grooves on the album, but as it continues, the all-too-clingy horns are back yet again with nothing new to say.  Two and a half minutes into the track, just before I get sick of it and think it’s going completely nowhere, Kelis’ vocals take a break from their otherwise warm quality and screech a strange, high-pitched melody that drives the nail into the coffin.

Next, we get “Bless the Telephone,” a cover of singer/songwriter/poet Labbi Siffre’s 1971 quaint, feel-good, love song.  Kelis’ version falls completely flat.  The vocals are doubled an octave lower by a male voice (Sitek, is that you?), and though it provides a break from the grooves and drums, it doesn’t give me a respite from listening to songs that I absolutely do not want to hear.

Ugh.  At this point in the album, I’m agitated.  Here comes “Friday Fish Fry,” an almost unbearable triplet-feel blues-rock track with one of the most irritating breakdowns I’ve heard: An awful-sounding chorus of dudes start chanting “She needs ice-cold water” over and over, followed by Kelis’ response: “I need ice-cold water,”  She sounds out of place over this jangly, bluesy mess. Ugh. Ugh, ugh.

The last few tracks on Food solidify its mediocrity.  Some of them come off as lazily underproduced, and not in a less-is-more kind of fashion that leaves room for the instruments to breathe.  It’s much closer to a feeling of emptiness surrounding the parts that are already present. Dave Sitek is partially responsible for a hospital visit that I had to make in high school due to an extremely loud ringing in my ears that lasted for two weeks after seeing TVotR in concert.  The show absolutely blew me away, so I told myself that it was worth the hearing loss and that I would learn my lesson about ear protection.  I have since forgiven Sitek and become an earplug aficionado, but now he owes yet another apology for uninspired production on a record that truly depended on more engaging sounds.

Inspired by a background in classical percussion and an obsession with synthesizers, Jeremy Malvin creates music under the name Chrome Sparks. A Pittsburgh native who now resides in Brooklyn, Jeremy cut his teeth playing in Stepdad and Miniature Tigers and with Rich Aucoin. Jeremy kicked off his solo project Chrome Sparks in mid 2012 with the track “Marijuana,” a thumping, fluttering piece of synth-centered bass music that unexpectedly set the internet alight. His new EP Goddess is out April 29th on Future Classic. 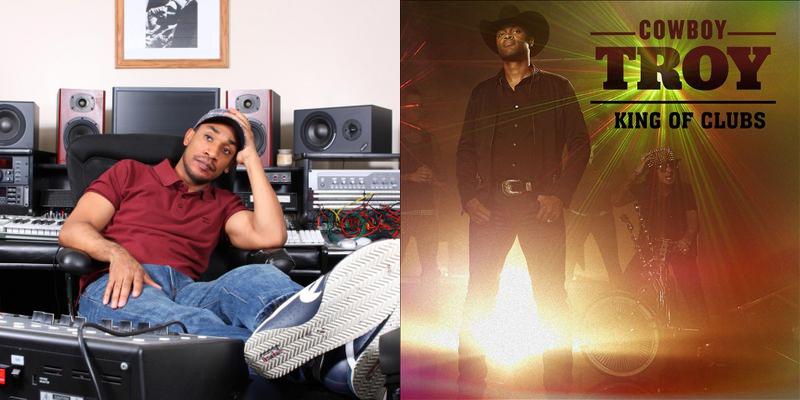