I remember the moment I decided to write #FreeRayshawn, the 15-part “movie in chapters” that just came out on Quibi, the new platform with 10-minute-or-less episodes available only on mobile devices.

It was on September 6, 2015, the one-year anniversary of my sobriety, and a year since my marriage began crumbling, for related reasons. Nothing was going very well, except, I guess, for the fact that I wasn’t drinking and making things worse. In somewhat related but less-important news, my screenwriting career wasn’t doing very well, either.

It had been a couple years since I had successfully pitched and landed an assignment, and I hadn’t sold anything original in years. And this was only a few years after I got a manager and some agents and then sold a spec script to a studio. My breakthrough moment had been a long time coming: I was already in my late thirties and I had been writing, dreaming, scheming, trying, and coming up short for two long decades.

Through all this, of course, I’d been working a full-time job. Back in the late ’90s, shortly after college, I had grudgingly realized that I wasn’t going to be the next Ed Burns or Kevin Smith (i.e., make a $30K feature in my parents’ basement and take Sundance by storm), that I had neither the talent nor the life experience to make anything meaningful in my mid-twenties. So, I’d found a career that was stable, exciting, meaningful, and light years outside the film industry. What ensued was 20 years of writing terrible, unreadable, half-finished scripts; making unwatchable short films; reading countless screenplays; taking classes of varying value; trying, failing, getting up, doing it again.

Through the years, I slowly got better at my craft. As I learned more about life, I became a writer with a voice and something to say. Thanks to the support of my wife, we spent the little money we had and borrowed quite a bit more to make more short films that eventually became watchable, and also taught me the most I’ve ever learned about screenwriting.

Then, at the 20-year mark, I finally wrote a script that broke through. This first phase of my professional career culminated with a spectacular week in summer 2013: I was flown first class to L.A.; the studio rented me a Mercedes (I was also driving the hot director attached to my movie, as he didn’t drive); they put us up in a luxurious Beverly Hills hotel; and we spent a week writing together in a poolside cabana, having dinner with our producers and studio execs, etc.

Everyone loved what we were doing, the studio had a budget, there were talks of going to talent. My social media that week was full of photos, joy and gratitude, and, yeah, a lot of ego and pride, too. If you’ve been around the industry or have any familiarity with the universe’s sense of humor, you probably see what’s coming next. Unfortunately, I can now admit with humility, I did not.

Within a few months, I was fired from my own spec script; interminable months of silence and unreturned phone calls ensued. My agents advised me to simply move on and “write something new!” Then, finally, I got a brief call to tell me the project was in turnaround.

Oof, that sucked. By that point, a few years into my career, I’d already chased and missed out on a bunch of jobs: My agents or managers would send me IP that I’d fall in love with, I’d craft an epic take, pitch my heart out, only to wait and learn from my reps that “they went a different direction” or “the project is on hold” or “they’re hearing more takes…” With the news of every pass or failed pitch, my then-agent would sign off simply with “onward.”

But when it’s your own original script that dies, it’s a more cutting death. Onward?! It had taken me 20 years to write something good enough —and now I had to do it again?!

OK, I thought, time to work harder. I figured I could (mistakenly, it turns out) relentlessly grind my way through this early-career slump, writing and chasing more, harder, longer. I doubled down on what I had been doing for the years of the rewrite: work all day at the day job, get home, dinner, kids, family, bedtime, then head out to my little office to write for a few hours.

Throughout this time, there were always pitches, possible jobs, and new ideas to workshop, so even though I wasn’t producing anything that generated income, it felt like work. Friends often said to me, “I don’t know how you do it all!” and I would smile and say something fake-modest like, “Well, I don’t sleep too much, haha.”

The truth, which I didn’t see then, was that I wasn’t “doing it all.” I drank too much and too often, stayed up excessively late, was constantly, chronically exhausted, in perpetual bad moods, quick to anger, I did not produce good work, and was not the husband or father my family deserved. While the surface may have looked shiny, inside it was a mess. Eventually, it all came crashing down, and by late 2014, I hit my rock bottom, hurt the people I loved the most, realized I had to get sober, and thankfully found a fellowship to support that.

The ensuing years were excruciating as I admitted to myself and others much more than what I’ve written here, but the gist is the same: I tried and failed to do it all, and shortchanged and damaged my family in the process, and to a much less important degree, my writing career.

So, back to September of 2015: A year sober, I asked myself what I wanted to write, instead of what my agents might have wanted, or whatever the fuck I thought Hollywood might want. I lay on the floor in a borrowed house, separated from my family and the wreckage I had created, and remembered a story I had heard a year earlier, about a man who was barricaded by a SWAT team and recognized a high-school classmate amongst the cops, and demanded to negotiate only with his old friend. That story had stayed with me because of one key element: the human connection forged by two men across a short physical distance but a vast emotional, cultural and logistical distance.

I began writing and poured myself into both of the characters: Rayshawn, in over his head and frantic, scared, angry, confused, desperate to protect his beloved family, but realizing that he has brought danger and destruction to the home and family he adores — I know those feelings well. And Steven, a man who has been humbled, who has lost his marriage then gotten sober, a father who has made terrible mistakes and now asks God for serenity, courage, and wisdom — I know all these things, too. Of course, there’s more to the narrative and the culture and the politics of #FreeRayshawn, but the place I started was at the heart and soul of the characters.

So, what happened next? I wrote #FreeRayshawn as a feature and sent it to my team. Writers, more than anyone else, have the amazing opportunity to reinvent ourselves with every project, a privilege not afforded to actors or directors. That same year, I wrote a pilot, and with two great samples, I was called back to the big leagues. Within a year, I was working on the pilot with a long-admired big-time director, we sold the pilot to premium cable, I set up #FreeRayshawn with a big company, and stayed sober and showed up as best I could for my kids.

And then: The pilot didn’t go, and after a year of work, it was dead. The deal for #FreeRayshawn fell through, too, just before we were about to sign a contract.

But by then, things were a little different. I was accustomed to failure and had learned a little humility. Projects not going forward, life not turning out as expected or desired, heartbreak and loss — I was on the slow path of learning to let things go. If they’re meant to be, they will find a way. The answer was no longer to work harder, drink more, and make a bigger mess.

Within a year, I was talking to Antoine Fuqua about #FreeRayshawn, and then Quibi came on board. Six months later, I had cut my feature script into chapters, and then it was in production in New Orleans with a dream cast and crew. There were still, of course, more bumps along the way, but nothing of the SWAT-team-surrounding-my-house variety.

So, about 30 years after I first started trying to write scripts and decided I wanted to be a filmmaker, and 10 years after getting reps and selling my first script, my first produced work is available – for free for 90 days, on your phone.

Is any of this how I expected or planned? Nope. But that doesn’t matter. This is how it is, and I’m grateful for it, the good and the bad, because – news flash – we’ve got no choice but to be grateful and accept things the way they are. 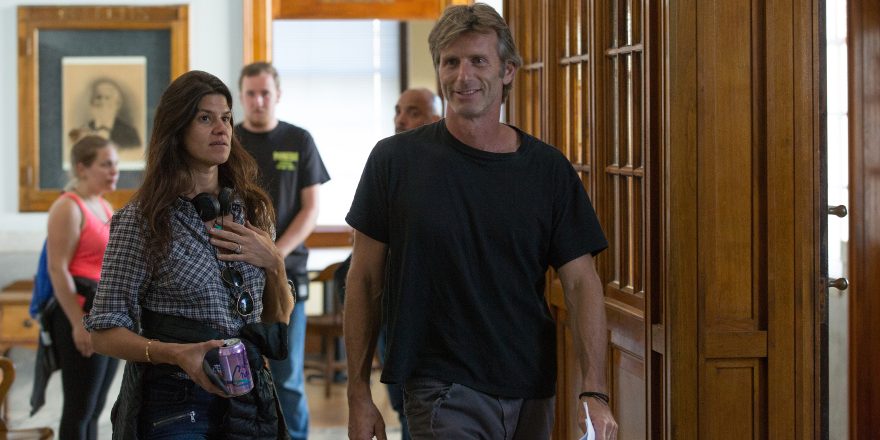 Get Out of the Fuckin’ Office and See the World 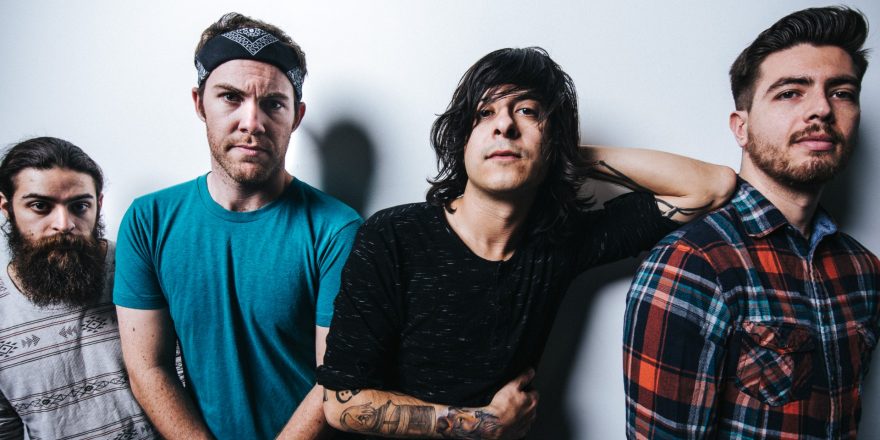 Donovan Melero: To Myself, on the First Day of Sobriety