After a two-year hiatus, an induction into fatherhood, and some time to regroup, two-time Juno Award-winner Dan Mangan has returned as Dan Mangan + Blacksmith. Their new album Club Meds is available now. You can follow Dan on Twitter here.

So I’m this Canadian guy, right? Right now I’m even on an airplane that has the words “Air Canada” painted on the side of it. I’m listening to Dengue Fever’s album The Deepest Lake. I saw them perform at a NAIL Distribution party at SXSW seven or eight years ago. I remember thinking they were pretty cool, but not knowing if I actually thought that for real, or if I just assumed that they were cool because they’d had some heat from Pitchfork at the time, and that maybe they were an exciting band for the blogosphere to write about because they sang in Khmer and were kinda hip in a “not quite world music but kinda world music” way. And then I remember wondering if I was racist for thinking that.

I even think I remember somebody saying something about how the singer, Chhom Nimol, was a real, legit Cambodian princess or something, but that’s probably just hearsay. Either way, apparently Dengue Fever is still a breathing thing, which is awesome because, holy shit, baby, we’ve both made it! We’re still doing it! Think of all the bands that were at SXSW almost a decade ago and got so overwhelmed by the manic trend-chasing chaos of the modern music biz that they just packed it in and went home. I mean, there has to be at least one band that found themselves coming down from whatever drugs they were on and woke up underneath a 40-foot-tall bag of Doritos and assumed that the end was near. I don’t mean the end of music, because music lives forever! I mean the end of everything. The Rapture. When the sentinels land and tell us that we didn’t buy enough snack chips and that we all have to work in their slave camps on Jupiter.

So album opener “Tokay” starts with a tinny drum-machine loop. The kind you’d expect from your Casio “Rapman” keyboard that’s been collecting dust ever since you vowed against ever buying D batteries again. And immediately I’m paranoid because my new album starts with a similar drum-machine loop, and maybe I’ve subconsciously caught onto some kind of wave of thought where if you’re a band that doesn’t make electro music, you still need to remind people that your music is contemporary.

Anyway, pretty soon I’m hearing bass and drums and hand percussion and electric guitars and horns and some synths and it’s actually kind of rippin’. I must need a refresher on my Khmer because I can’t understand what she’s singing about, but it’s making me pretty happy and it all sounds good. Then again, I don’t know any Khmer, I’ve never even been to Cambodia, so maybe a refresher wouldn’t help.

I decide that I like her. And the band, too. It’s great. It’s throwing to all kinds of Old World (read: “not North American or British”) musical forms but it also feels American. In a totally good way. Like Yo La Tengo. And now I remember that I don’t actually know what Yo La Tengo sounds like, but I’ve always imagined that they sound something like this.

The music moves well. A lot of groove-based tunes. It’s a little samey, but it doesn’t get tiresome. The electric guitars have nice tremolo and reverb and are played tastefully through nice amps.

I’m painting an image of Dengue Fever in my head because I haven’t seen a picture of them and I don’t remember the rest of the band from SXSW, because it was a long time ago and I probably just focused on Nimol because she’s really beautiful and sings like a bird. I imagine the rest of the band to be Americans. Cool, seasoned musician types in their late thirties or forties. The type of musicians who also play in a bunch of other bands and might actually make a living playing sessions and teaching lessons and taking miscellaneous gigs. Real musicians. Not just people in a band. Some of them probably have kids. They must be so exhausted, but, you know, happy too, right?

The drummer has an interesting feel. Sometimes he pushes the beat. (I do realize that I just assumed it’s a “he” without checking. I’m super shitty.) In fact, he pushes the beat quite a lot. But then there’ll be a fill or a hit here or there that’s really lazy. And I’m thinking about how most of the music I listen to has a lazy feel, and that maybe he comes from another school of thought or part of the world that intentionally pushes the feel, and maybe it’s really cool and I just have no fucking clue what’s going on outside the little bubble I operate in.

So as I said, the lyrics are mostly in Khmer, but sometimes there’s English too, but it’s hard to make those lyrics out anyhow. I find myself bobbing my head and watching a movie over the shoulder of the dude across the aisle. Remember, I’m on an airplane, right? The movie looks insane; it’s nearly entirely CGI and very impressive to the eye. I decide to never watch it.

Anyway, this album is rad. I like it. I’ve listened to it three times now, which is more than I can say for almost any other album I’ve listened to in a while. I’m reminded of how I was asked a handful of times by blogs to write a “Best of 2014” list, but I had to decline because I couldn’t even think of 10 albums that came out that year because I can’t keep up with it all. I have a toddler now, you know? Growing like a weed! It’s hard, yeah. We’re so exhausted, but happy, too, right?

The Deepest Lake. I don’t know why it’s called that. I like it. I could imagine putting it on when I have people over and they’d be all like, “Hey Dan, what are we listening to?” and I’d be all like, “It’s this band from America called Dengue Fever. I saw them play to like 30 people at SXSW like a million years ago, and I’ve been a big fan ever since.”

After a two-year hiatus, an induction into fatherhood, and some time to regroup, two-time Juno Award-winner Dan Mangan has returned as Dan Mangan + Blacksmith. Their new album Club Meds is available now. You can follow Dan on Twitter here. 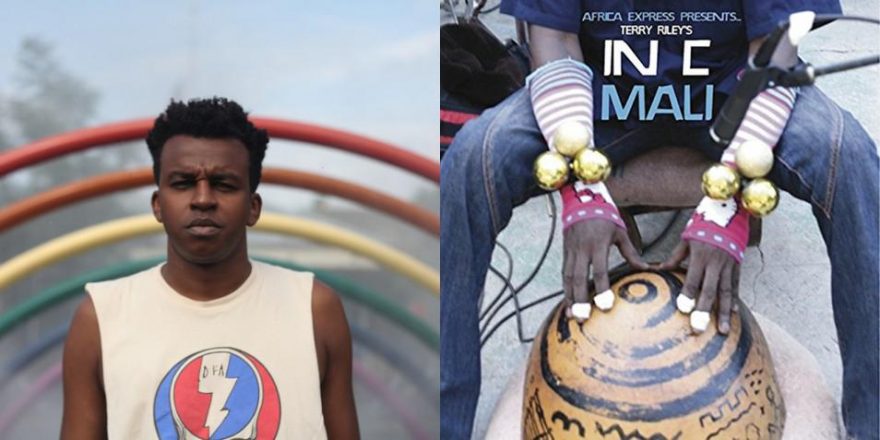